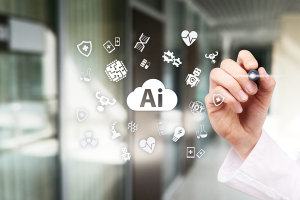 In a study appearing in the journal Nature by U.S. and British researchers from Google Health subsidiary Deepmind, Cancer Research UK Imperial Centre, Northwestern University, and Royal Surrey County Hospital noted that their results represent “a major advance in the potential for the early detection of breast cancer,” co-author Mozziyar Etemadi, from Northwestern Medicine, said, according to Reuters.

U.K. lead at Google Health Dominic King advised that the study shows the group is on the way to creating a breast cancer detection tool with greater accuracy. "Further testing, clinical validation and regulatory approvals are required before this could start making a difference for patients, but we're committed to working with our partners toward this goal," he stated, according to CNET.

The study also noted that the difference between U.S. and U.K. results had to do with the approach taken to screening. In the U.S. a single radiologist reads the mammogram, which is taken every year or two. In the U.K. screenings are done every three years and read by two radiologists — and when they disagree, by a third.

A different test also compared AI to a half-dozen human radiologists and outperformed them in a set of 500 mammograms.
1(current)
2