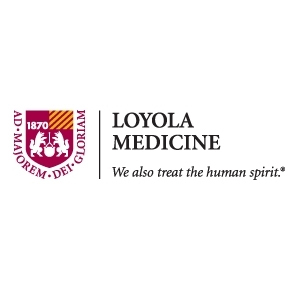 One year after undergoing a treatment called catheter ablation, 63 percent of patients with atrial fibrillation were free of any recurrent atrial arrhythmias or symptoms. By comparison, only 17 percent of those treated with drugs were arrhythmia-free. Results were so convincing the trial was halted early.

Atrial fibrillation, often called A-Fib, is the most common form of irregular heartbeat. Electrical signals, which regulate the heartbeat, become erratic. Instead of beating regularly, the upper chambers of the heart quiver. Not all the blood gets pumped out, so clots can form. Atrial fibrillation can lead to strokes and heart failure.

A-Fib patient Robin Drabant, 35, of Hanover Park, IL said the condition once "made me feel like I was 90 years old with a failing heart." She was on a maximum dose of an A-Fib medication, which caused fatigue. Despite the drug, she still had episodes almost every day, lasting from 10 seconds to an hour or longer.

"I would lose my breath and could feel my heart racing and fluttering," she said.

Dr. Wilber performed a catheter ablation on Drabant in May, 2008, and she no longer has A-Fib episodes. "I had great results," she said.

A-Fib symptoms include heart palpitations, dizziness, fatigue, shortness of breath and fainting. "A lot of people are disabled," Dr. Wilber said. "They have no energy. They can't work. They have a very poor quality of life."

More than 2 million Americans have atrial fibrillation, and there are about 160,000 new cases each year. The number is increasing, due in part to the aging population and the obesity epidemic.

Drugs such as beta blockers and calcium channel blockers can slow the heart rate during an A-Fib episode. Other drugs such as flecainide and propafenone can help maintain a normal rhythm. When drugs don't work or produce unacceptable side effects, alternative treatments include a pacemaker, surgery and catheter ablation.

In the ablation procedure, an electrophysiologist destroys small areas of heart tissue that are responsible for the erratic electrical signals. A catheter is guided through blood vessels to the heart. The tip of the catheter delivers radiofrequency energy that heats and destroys tissue.

Possible adverse effects include irritation of the lining of the heart, fluid in the lungs or around the heart, bleeding, clots and stroke.

In the study, 106 patients with frequent episodes of atrial fibrillation were randomly assigned to undergo ablation and 61 similar patients were randomly assigned to receive drug therapy. All patients had experienced at least three episodes of atrial fibrillation during the previous six months and had failed at least one attempt to control the rhythm with drugs.

The study was funded by Biosense Webster, which makes the ThermoCool catheter used in the trial. Wilber is a consultant to the company.