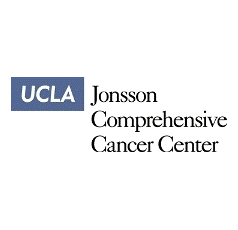 Jonsson Cancer Center
A study by researchers at UCLA's Jonsson Cancer Center may help identify new genes that can predict a predisposition to cancer. Published in the April issue of Radiation Research, the study was done in yeast and mammalian cells. The cancer cells showed persistent genetic instability and the researchers, led by Robert Schiestl, discovered a mechanism that switches on that genetic instability. If they can uncover and understand the molecular pathways at work in promoting genetic instability, they may be able to develop ways to switch that mechanism off, restoring stability.

The assay determines the efficiency of the repair mechanism when DNA suffers a double-strand break, when both strands in the double helix are severed. These breaks cause genetic instability and are particularly dangerous because they can lead to genome rearrangements or deletions of certain genes that, when gone, result in cancer; a cell that can't efficiently repair itself could result in cancer.

In the study, researchers irradiated cells to create double strand breaks. They wanted to determine if a double strand break occurs in one area of the DNA is the instability limited to that area or also evident elsewhere. The standard thinking was that the genetic instability would be localized to the area of the break. However, Schiestl and his team showed that a break in one area has an "in trans" effect, meaning the instability could surface anywhere.

Interestingly, many cancer cells show an elevated induction of the specific DNA double strand break repair mechanism found induced in trans in this study, as if the cancer cells had this mechanism somehow induced and were not able to switch it off.

The research was funded in part by a National Institutes of Health grant and a NASA graduate student fellowship. Other members of Schiestl's team included Zorica Scuric, Cecilia Chan and Kurt Hafer.

UCLA's Jonsson Comprehensive Cancer Center has more than 350 researchers and clinicians engaged in disease research, prevention, detection, control, treatment and education. One of the nation's largest comprehensive cancer centers, the Jonsson center is dedicated to promoting research and translating basic science into leading-edge clinical studies. In July 2008, the Jonsson Cancer Center was named among the top 10 cancer centers nationwide by U.S. News & World Report, a ranking it has held for nine consecutive years. For more information on the Jonsson Cancer Center, visit http://www.cancer.ucla.edu.