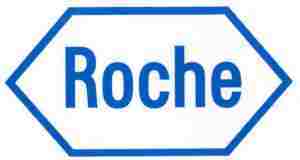 Roche sold $16 billion worth of bonds on February 18, to fund the 44 percent of Genentech it doesn't already own.

While Roche originally bid $89 a share for Genentech in July, it has since lowered its offer for the South San Francisco-based biotech company to $86.50, due to the difficulty in securing credit to finance the acquisition, Roche said.

Genentech shares--whose ticker symbol is "DNA" on the New York Stock Exchange--haven't traded above Roche's original $89 offer since September, a sign that DNA holders are not willing to accept the $88.50 buyout. DNA investors are also concerned that one of the only biotech companies that has not been wholly swallowed up by a giant pharmaceutical company will lose its autonomy, its culture and its team of prized researchers, if Swiss-based Roche combines the two firms' R&D units, as it says it plans to do to reduce costs.

Genentech told Roche in July that it would not sell out for anything lower than $112 a share because it has important drugs in its portfolio, including Avastin. Currently, Avastin is indicated for colon cancer recurrence and spread. If the drug is successful in clinical trials for colon cancer that has not metastasized, the new indication could add more than $1 billion to sales of the drug, which were $2.7 billion in the United States in 2008. The drug is expected to win approval as soon as April.