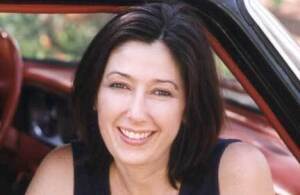 Christine Maggiore
Christine Maggiore, a controversial AIDS activist-turned-HIV/AIDS-skeptic, died in her home of pneumonia. Her 3-year-old daughter, Eliza James, died in 2005 from pneumonia, which the Los Angeles Coroner's Office deemed as AIDS-related.
(christinemaggiorememorial.com)

The Los Angeles coroner's office has yet to determine if Christine Maggiore's pneumonia was AIDS-related. If it was, it could serve as an ironic end to her work, promoting the idea that there is no definite link between HIV and AIDS, and that HIV tests are inaccurate.

Maggiore also appeared on TV, in Mothering magazine and in documentaries describing her decision to marry, have unprotected sex, and later breast-feed her two children without taking the drug AZT, which is typically prescribed to prevent an HIV transmission from mother to baby.

AIDS researchers and public health advocates have overwhelmingly condemned her work and personal life as deadly.

"They caused the death of thousands of South Africans by delaying treatment and spreading infections," said Dr. Charlie van der Horst, a professor of medicine at the University of North Carolina in Chapel Hill.

Van der Horst referred to a journal study that estimated 330,000 lives were lost to new AIDS infections during the time Mbeki blocked government funding of AZT treatment to mothers.

Other scientists have a more visceral reaction to Maggiore's cause.

"The image, on the cover of a magazine aimed at mothers, of her heavily pregnant, naked belly, daubed with a slogan 'No AZT' in red paint was one of the single sickest images the AIDS pandemic has ever seen," said John P. Moore, a professor of microbiology and immunology at the Weill Medical College of Cornell University in New York City.

At the time of the picture, Maggiore was pregnant with Eliza Jane Scovill. Although the Los Angeles County Coroner's office determined her death to be AIDS-related, the Scovill family claimed Eliza Jane died from a reaction to antibiotics.

Maggiore and her husband, Robin Scovill were investigated, but never faced any charges related to the death.