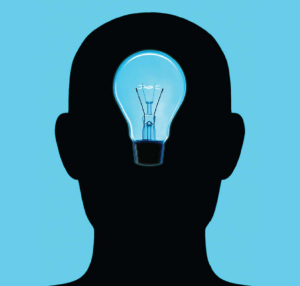 From public to practice
This report originally appeared in the January 2009 issue of DOTmed Business News
In health care, some of the most important equipment and tools weren't initially created for their current purpose. Accordingly, inventions have found a second life in the medical field and have in-turn offered a second life to those being helped by them. The range of products is phenomenal - as simple as Kellogg's Corn Flakes or balloons and as complicated as the microchip.

Hospital to consumer - a reversal of fortune
In the early 1900s, Dr. John Harvey Kellogg, superintendent of a famous hospital and health spa in Battle Creek, Michigan and his younger brother Will Keith (W.K.) invented Kellogg's Corn Flakes.

The brother believed that healthful eating was the way to achieve and maintain a healthy lifestyle, so they were determined to make foods from grains. Dr. Kellogg put his hospital and spa patients on a diet that eliminated caffeine, meat, alcohol and tobacco.

To create their own foods, the brothers mashed and processed grains, rolling the cooked product through presses creating long sheets of dough that were then baked and served as breads or biscuits. One batch of cooked wheat became stale after accidently being left out overnight. When W.K. saw the flaked wheat the next morning he had an inspiration. The brothers parted ways in business because John didn't believe there was financial potential in marketing the cereal. W.K. founded the Kellogg Company in 1906 and the wheat flakes are still served as breakfast food in homes and hospitals across the country.

Tape and gauze cure-all
Josephine Dickson was accident prone, so when she married Earl Dickson, a Johnson & Johnson employee (at the time, J&J manufactured gauze and adhesive tape), he decided that it was time to do something for his poor wife who was always cutting herself.

Dickson had the idea to cut tape into strips and insert a piece of gauze in the middle of each strip. From then on, whenever Josephine cut herself, ready-made bandages were on hand for her to use quickly and without a fuss. Little did Mr. Dickson realize that shortly thereafter, J & J would begin mass-producing these bandages, trade name them BAND-AID, and market them all over the world.

Happier and healthier because of balloons
The balloon revolution began in 1924 when Professor Michael Faraday manufactured the first rubber balloon. He made it by cutting round sheets of rubber, which he laid together, pressing the edges so that the rubber automatically welded when heated. His first experiments were used along with hydrogen at the Royal Institution in London. That same year, pioneer rubber manufacturer Thomas Hancock took full advantage of Faraday's discovery and introduced consumers to toy balloons.
1(current)
2
3
4
5
6