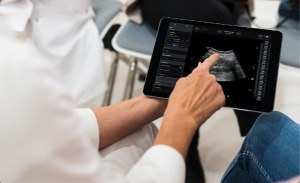 Exo and Henry Ford Health are partnering to make ultrasound easier to do for providers at the point of care.

"This partnership will put powerful medical imaging into the hands of caregivers," Exo co-founder and CEO Sandeep Akkaraju said in a statement. “With Henry Ford’s unmatched medical expertise, numerous care facilities, and commitment to education, we can prove the value of our ultrasound technology at scale and lay the groundwork for the future of medical imaging."

Point-of-care ultrasound (POCUS) use has been hampered in the past due to costly, large machines; problematic workflows and the need for considerable end-user training.

“Exo addresses these challenges with its end-to-end POCUS solution and thoughtful approach to scaling the technology for large health systems like ours,” said Dr. Dan Siegal, chief medical officer for HFI and vice chair for the department of radiology at Henry Ford. “By partnering with Exo, we can access novel technology that will impact patient care and help shape ultrasound innovations and training for future users.”

Exo’s end-to-end Exo Works streamlines documentation, billing, and quality assurance in one platform; a handheld ultrasound device that delivers imaging at a fraction of the cost of cart-based systems. It uses AI and provides education that also simplifies the user experience, permitting a broader use of ultrasound by more providers.

Henry Ford serves communities throughout Michigan and beyond and has 33,000 team members, including 6,000 physicians at more than 250 locations. Henry Ford also trains over 4,000 medical students, residents, and fellows each year.

Exo was in the news in August, 2021, when it raised $220 million in Series C funding toward the commercialization of its handheld ultrasound solution and point-of-care workflow software.

The Series C investment round was led by RA Capital Management and joined by BlackRock, Sands Capital, Avidity Partners and Pura Vida Investments. It follows a successful Series B funding round and brings the company’s total funding to more than $320 million.

“Exo’s hardware and software were designed in tandem, with the future of decentralized healthcare at the forefront of every decision,” stressed Akkaraju. “Our vision is a healthcare system unconstrained by the four walls of a hospital and engineered for a world where providers can see clearly into every patient immediately.”