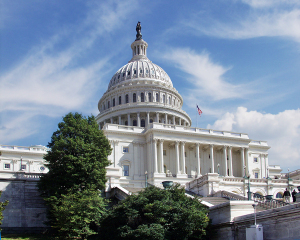 Burn pits are open-air trenches used for burning waste. They were a common disposal location at U.S. military sites in Iraq and Afghanistan until the mid-2010s, according to the Department of Veterans Affairs. Toxic chemicals emitted from them have been linked to various forms of cancer.

The legislation signed by Biden ensures veterans who serve around these pits get preventive care and requires the VA to provide them with regular breast cancer screenings. It was named after Marine Corps Officer Kate Thomas, who died in April from breast cancer. She served near a burn pit in Iraq, according to The Hill.

Biden said his son Beau, who died from brain cancer in 2015, may have developed the disease from serving near burn pits.

He called it a “sacred obligation” to care for those in the armed forces and signed eight other related bills, including the Making Advances in Mammography and Medical Options for Veterans Act (MAMMO). It requires the VA to conduct a study on access to mammography services and for community-based providers to have breast screening equipment and be up-to-date on best practices for screening paralyzed and disabled veterans.

"We consider this law an important step forward and the first of many more to come in PVA's fight to increase access to healthcare for all people with disabilities,” said Heather Ansley, associate executive director of government relations for Paralyzed Veterans of America, in a statement.

Another bill gives medical care access to veterans with respiratory illnesses and cancers they contracted from toxins in war zones. It is named after Sergeant First Class Heath Robinson, an Ohio National Guard soldier who served in Kosovo and Iraq and died in 2020 from stage-four lung cancer, caused by prolonged toxic exposure.

Under that law, more than 3.5 million veterans will be eligible for healthcare and benefits, according to Newsweek. It covers 23 burn pit and toxic exposure-related conditions among other conditions presumed to be service-related and calls for the establishment of 31 new VA healthcare facilities, while expanding healthcare eligibility for post-9/11 combat veterans. It also improves screening for toxin-related illnesses.