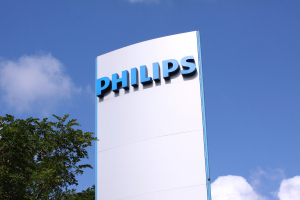 The DOJ has subpoenaed Philips as it invests more in repairs for Respironics devices.
Philips is investing more money in resolving quality issues found in its recalled Respironic sleep apnea and ventilator devices after being subpoenaed by the U.S. Department of Justice.

The company said that it and its subsidiaries received a writ order on April 8 seeking information about its most recent recall of three ventilators in April 2022, according to MedTech Dive. The company has issued numerous recalls over the past year.

“We are not aware of any specific allegations. It’s a subpoena for information, and that means they are preparing an investigation. We just have to accept that. It is not uncommon for a situation of this magnitude,” Philips CEO Frans van Houten said on April 25 during a quarterly results conference call with investors.

The company recalled its V60 and the V60 Plus ventilators, as well as its V680 ventilator (sold outside the U.S.) after a circuit issue was found that can cause ventilators to cease operations. At least 99,283 devices are affected.

Prior to this, Philips recalled its V60 and V60 Plus ventilators in June 2021 due to a software issue that reduced oxygen flow to patients in certain situations. That same month, it recalled millions of its continuous positive airway pressure and bilevel positive airway pressure machines for sleep apnea because the polyester-based polyurethane sound abatement foam on them was breaking down. It withdrew from the sleep therapy market for at least a year to address this issue.

During the conference call, van Houten said Philips has taken a €65 million (about $70 million) provision for the repair and replacement of its solutions, as well an approximate $107 million provision for possible higher costs of executing its program. These amounts are on top of an additional €725 million ($825 million) set aside last year, and led the company to miss its consensus estimate.

Updates on the most recent recall, including news of a delay to the timeline, affected sales that were slightly above the analyst consensus and caused shares for Philips to drop nearly 12% on April 25 when the market opened.

Additionally, the timeline for resolving the issues is expected to be pushed back following the identification of another affected 300,000 units. Philips previously said it would fix all the devices by the fourth quarter but now predicts that it will complete 90% of production and shipment to customers this year. “Whilst sales were slightly ahead of cons, we expect the focus to be on profitability, increasing provisions for the sleep care issue and delayed repair/replace completion date. [Philips] took another €215 million for the field action provision to include higher potential execution costs and remediation costs,” the analysts wrote in a note to investors.
1(current)
2