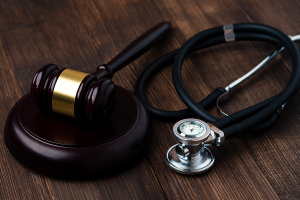 Aetna is accused of misrepresenting the number of primary care providers for pediatric patients in its network in Pennsylvania
In an attempt to acquire profitable Medicaid contracts, Aetna allegedly misrepresented the number of primary care providers it has in-network for pediatric patients in Pennsylvania, according to a whistleblower lawsuit unsealed earlier this month.

Originally filed in 2017, the complaint was amended in January by whistleblower and former care management nurse Carol Wessner under the False Claims Act. She says that between 2010 and 2014, Aetna took advantage of the lack of available providers by directing children enrolled in the state’s Medicaid managed care program, HealthChoices, to a fraudulent network it created. Since Aetna is paid on a per-member, per-month basis, this allowed it to take home more money paid by the federally funded program, reported Modern Healthcare.

When Wessner complained, she was told by Aetna Better Health of Pennsylvania CEO Jason Rottman and Alice Rottman, director of its quality management division, to “refrain from recording her findings in writing and, ultimately, to stop reporting her findings altogether,” according to the suit. Eventually, she was fired, and the company did not update its provider networks after she reported its listing as inaccurate.

Aetna, now a subsidiary of CVS Health following its 2017 acquisition, says the accusations are false and that it plans to "vigorously defend itself" should the case go to trial. "The plaintiff’s allegation that Aetna has network adequacy deficiencies across the country is irresponsible and unrelated to the DOJ’s investigation.”

Wessner says her first clue to the scheme came when she started at Aetna in 2013 and saw that its early and periodic screening, diagnostic and treatment testing rates were lower than the state average. The company told her it was because of parental negligence and discrimination against Medicaid beneficiaries by pediatric providers who refused to care for them. But when she looked into the cause, she said she found that many of the primary care providers for the company’s 100,000 child beneficiaries were either not contracted with Aetna, dead, operating out of state or did not treat children at all, according to the suit.

She also says that similar problems with Aetna's provider networks have also been found in all 13 states where it has Medicaid contracts.

Under the qui tam provision of the False Claims Act, private citizens like Wessner can sue on behalf of the U.S. for false claims and share in the recovery. The government may intervene partially or take over the case at any point, if it deems it necessary.

The federal government said the Pennsylvania Human Services Department would not have made contracts with Aetna in 2010 or 2014 if regulators had accurate provider directories, according to Modern Healthcare. It is seeking at least twice as much as it incurred in damages related to false billing, the maximum civil penalty allowable under the False Claims Act, reimbursement for court costs, attorneys fees and any other awards deemed suitable for Wessner.

More rural hospitals being pushed toward the brink of closure