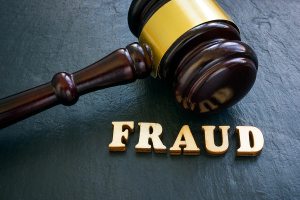 The U.S. government has accused UPMC, its physician practice and the chair of its cardiothoracic surgery department of making false claims to Medicare, Medicaid and other government programs
The U.S. government has accused the University of Pittsburgh Medical Center of profiting from reimbursements for hundreds of materially false claims that it submitted for surgical procedures to Medicare, Medicaid and other government health benefit programs over the last six years.

The allegations are also directed at its physician practice group, University of Pittsburgh Physicians and Dr. James Luketich, chair of UPMC’s department of cardiothoracic surgery, and are in violation of the False Claims Act, according to the government complaint. Specifically, Luketich allegedly performs as many as three complex procedures at the same time and does not participate in all of the “key and critical” portions of his procedures. He is also accused of having patients undergo hours of medically unnecessary anesthesia time so that he can move between operating rooms and attend to multiple patients at once.

The extension of surgeries and time under anesthesia led to serious harm for patients and increased the risk of complications, says the government. It adds that as a teaching physician, Luketich is not allowed to perform and bill for concurrent surgeries.

“When physicians and other healthcare providers put financial gain above patient well-being and honest billing of government healthcare programs, they violate the basic trust the public extends to medical professionals,” said special agent in charge Maureen Dixon of the HHS-OIG Philadelphia Regional Office, in a statement.

The suit was filed in the U.S. District Court for the Western District of Pennsylvania and follows a two-year investigation started after a former UPMC employee came forward with information that Luketich was performing these practices, according to Reuters.

Luketich denies the validity of the allegations. “"Dr. Luketich is confident that [the allegations] are wholly incorrect, and we will vigorously defend against them," his lawyer, Efrem Grail of The Grail Law Firm, wrote in an email to Reuters. "Dr. Luketich enjoys a stellar reputation as a surgeon, as a person of integrity and as a doctor who cares."

UPMC spokesperson Paul Wood also told Reuters that the case is based on a “misapplication or misinterpretation” of federal guidance, and that it is not fraudulent to perform or bill for overlapping surgeries. He adds that many of Luketich’s patients are elderly, frail and very ill and choose him and UPMC when other physicians and healthcare providers have turned them down.
1(current)
2

Surgicalists: A savvy solution to the growing surgeon shortage for the modern hospital