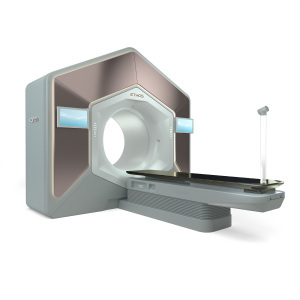 Two Varian Ethos systems are among the seven new radiotherapy units at UT Southwestern
With a $71 million expansion and the addition of seven new radiotherapy systems, oncologists at UT Southwestern are pioneering the development of Personalized Ultra-Fractionated Stereotactic Adaptive Radiotherapy (PULSAR) — a new precision treatment strategy that leverages machine learning algorithms and shows promise for a range of cancers.

With PULSAR, patients receive only a few large dose “pulses”, delivered with sophisticated, image-guided precision, at least a week, perhaps even months, apart. In a statement, UT Southwestern describes these “split treatments” as a "radical break" from the daily, long-course, conventional radiation treatments lasting six to nine weeks. They are less toxic and give oncologists time to fine-tune treatment after the advanced radiotherapy systems reveal the tumor’s changed shape, size, position, and its reaction to radiation.

The department expansion will allow for an additional 71,000 square feet, and the following radiotherapy systems:

The idea behind PULSAR is to use a strong enough burst of precision-targeted radiation to so significantly impact a tumor such that it would be unlikely to recover and resume growth for two to four weeks. Unlike conventional radiotherapy, which typically calls for daily treatments, PULSAR may reduce the overall toxic effects of the treatment on the patient’s body, and allow physicians to observe the radiation’s effects on a specific tumor and patient immune system over the weeks following radiotherapy — information that can then be used to adapt and individualize treatment to more effectively treat a patient’s specific disease.

“We unexpectedly found in these experiments that the time split between large, focused doses of radiotherapy will predict whether a certain class of immunotherapy drugs will work," Dr. Robert Timmerman, professor of radiation oncology and neurological surgery, and member of the Harold C. Simmons Comprehensive Cancer Center at UT Southwestern, said in a statement. “If they are 10 days apart, the drug therapy helps a lot for this model. If they are one to four days, it doesn’t help. Yet many of the clinical trials that are being done right now with radiotherapy and immunotherapy are using radiation schedules a day apart or every other day apart — perhaps the exact wrong timing.”

Going forward, plans are underway to share expertise and data with other academic institutions, including Massachusetts General Hospital.