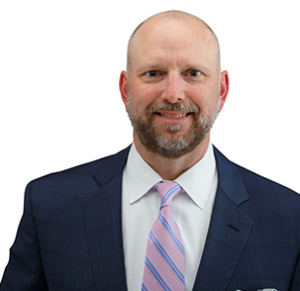 Matt Bourne
DAYTON, Ohio, June 25, 2021 — Midmark Corp., a leading medical solutions provider focused on the design of the clinical environment to improve the delivery of care, today announced the appointment of Matt Bourne to chief commercial officer. In this position, Bourne will oversee the marketing and sales teams to drive commercial strategy and enable Midmark to achieve long-term objectives.

Starting his career at Midmark in 1997 as a sales representative in medical sales, Bourne went on to serve as region manager. Over the years, he gained an intimate understanding of the business, channel partners and Midmark customers. In 2010, Bourne accepted a position in Midmark Animal Health, leading a newly formed sales team. Soon after, he was promoted to senior director of animal health where he led a cross-functional group of business leaders.

In 2014, Bourne was promoted to vice president of medical sales and most recently served as vice president of global sales, overseeing all sales teams at Midmark—medical, dental and animal health. He succeeds Jon Wells as chief commercial officer following the appointment of Wells to CEO in April.

“Matt is an experienced commercial leader with a more than 20-year track record in positions of increasing responsibility at Midmark,” said Jon Wells, president and CEO. “Over the years, he has gained an intimate understanding of the business and our customers. I am confident his skills and expertise will shape Midmark’s commercial strategies, driving top-line growth while balancing the long-term needs of Midmark and our customers.”

Bourne also showcased his leadership and strategic acumen through the modernization of Midmark’s sales organization, including the company’s implementation of a customer relationship management system, enhancement of the customers’ experience and teammate development while acting as the voice of sales in all decisions at the executive level.

He earned a Bachelor of Science degree in management and a certificate in economics from the Georgia Institute of Technology.


About Midmark
Midmark Corporation is the only clinical environmental design company that enables a better care experience for the medical, dental and animal health markets. With nearly 2,000 teammates worldwide, Midmark focuses on harmonizing space, technology and workflows, creating a better experience for caregivers and patients at the point of care. Founded in 1915 and headquartered in the greater Dayton, Ohio, area, Midmark maintains production facilities, administrative offices, and the Midmark Experience and Technology Centers in Versailles, Ohio, with eight additional locations in the United States as well as subsidiaries in India and Italy. To learn more about Midmark, visit midmark.com.