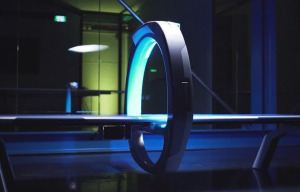 Nanox Imaging has submitted a premarket notification application to the FDA for its multi-source Nanox.ARC 3D system
Nanox Imaging is pursuing clearance in the U.S. for the first version of its multisource Nanox.ARC 3-D digital tomosynthesis system, which is equipped with multiple alternatively-switched X-ray tubes arranged around the patient to produce scans of human body parts.

This month, the company submitted a 510(k) premarket notification application to the FDA.

“There exists a significant unmet medical need globally for a more accessible and cost-effective medical imaging solution," said Ran Poliakine, chairman and CEO of Nanox, in a statement. "If cleared by the FDA, we believe our Nanox.ARC 3-D digital tomosynthesis can address this need.”

The announcement of its premarket notification application sent stocks soaring Thursday morning by over 15% on NASDAQ, with shares currently hovering around $31. Last September, Nanox stock values plummeted following criticism and lawsuits over the efficiency of Nanox.ARC, compared to conventional CT scanners.

The single-source Nanox Cart X-ray System received FDA clearance in April. Designed to produce 2D CT and tomography scans with Nanox’s digital source, that system is intended as a less expensive alternative to legacy X-ray machines. The company expects it to potentially increase access for two-thirds of the world where imaging and screening are lacking, decrease waiting times and help identify serious or chronic illnesses in early stages.

Nanox introduced its X-ray technology in 2019. Based on a proprietary silicon MEMs semiconductor technology and developed over 15 years, the commercial-grade digital X-ray technology is able to produce electrons without the use of heat and perform at the same level as legacy X-ray sources.

The company plans to produce other versions of Nanox.Arc following its first model.