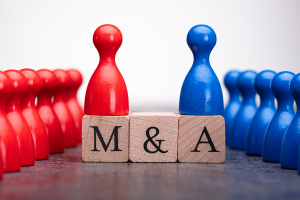 Hospital acquisitions of physician practices drives up imaging utilization and with it, Medicare spending, on hospital-based imaging
Vertical integration, where healthcare systems acquire physician practices, has driven the number of monthly diagnostic imaging exams up for Medicare patients, and with it, caused spending for such beneficiaries to rise by $40 million over a four-year period, according to a new study.

The RAND Center for Excellence on Health System Performance and the National Institute on Aging saw imaging exams performed rise by 26.3 per 1,000 patients almost immediately following vertical integration. As a result, the average reimbursement of five common imaging exams jumped and contributed to the $40 million increase in Medicare spending. Exams performed in non-hospital settings, meanwhile, dropped by 44.5 per 1,000 patients.

“Medicare and many other payers pay more for these types of services that are done in a hospital versus a non-hospital setting. From the perspective of a provider, you can think of this differential based on where you do a lab test or MR as kind of an arbitrage opportunity. We wanted to measure how providers take advantage of that opportunity,” first author Christopher Whaley, a healthcare policy researcher at RAND, told HCB News.

The findings came from an analysis of Medicare fee-for-service claims data from five common CT and MR exams, and showed that referral patterns and care setting choices also changed once providers were integrated into hospitals and health systems.

In addition to imaging utilization and spending, the study looked at five routine lab tests and found that hospital-based lab tests went up by 44.5 per 1,000 beneficiaries. Non-hospital-based tests fell by 36 per 1,000. Together, these shifts caused Medicare fee-for-service to rise up to $73.1 million.

With vertical integration growing, Medicare administrators and industry regulators should look at studies that examine other services, payers and outcomes for strategic and financial decision-making support in the future, according to Whaley. He also says a number of tactics could help alleviate costs, with the most obvious one being site-neutral payments.

“This whole arbitrage opportunity happens because Medicare and others pay more for the exact same service done in a hospital compared to a non-hospital setting. If that payment differential were to be narrowed or even eliminated, then we probably would worry less about these financial concerns.”

The findings were published in Health Affairs.

Google Health pivots from consumer to clinical with latest shakeup