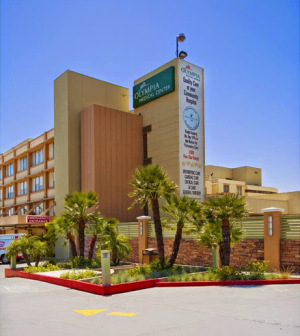 The closure was part of a surprise sale of the medical center to UCLA Health by hospital operator Alecto Healthcare Services, which announced the news on New Years Eve, reported The LA Times.

“If it wasn’t for Olympia, I might not be speaking to you,” said Tony Cowan, who had a pacemaker inserted at the hospital during a recent cardiac emergency. “Olympia is necessary ... I thank Olympia for saving my life.”

The parts and accessories you choose matter

It’s much more than if they fit or not, it’s about using quality parts and clinical accessories specifically designed for your equipment and proven through rigorous testing. Because when patient care is a part of the equation, every detail matters.

Serving the mid-Wilshire area since 1947, Olympia provided emergency, intensive and primary care to neighboring residents. Nearly 40% of patients were Black Americans, 63% were over 60 and 90% were covered by Medicare and Medi-Cal. This, along with Alecto receiving $27.5 million in COVID-19 relief funds while planning the closure, is what fueled the opposition.

Operations began shutting down early in the year. The hospital’s Center for Wound Management and Hyperbaric Medicine “closed for good” on February 22, the hospital tweeted.

UCLA claimed ownership in January but leased it back to Alecto while it ramped down services. It is considering converting the property into a mental health facility, which is expected to help LA’s homeless population. An Alecto representative said the decision to sell was made prior to the pandemic, while Michael Sarrao, Alecto’s executive vice president and general counsel, said in a virtual meeting in January that Olympia was not providing enough services to justify staying open.

“The patient volumes are declining, the paramedic runs are declining,” he said. “That is the reason we looked for strategic partners and explored various different options, and this was what we viewed as the best option.”

In addition, only 4% of the hospital’s patients had private coverage, which healthcare systems often rely on to balance out financial losses from Medicare and Medi-Cal patients.

Alecto previously closed Ohio Valley Medical Center in September 2019 and Fairmont Regional Medical Center in March 2020. An investigation by the West Virginia Attorney General’s office into the closures imposed no sanctions on the company, but it agreed to pay more than $1.3 million in lost wages and retirement benefits to Fairmont regional employees, according to The LA Times.

Financial details for the sale were not disclosed.