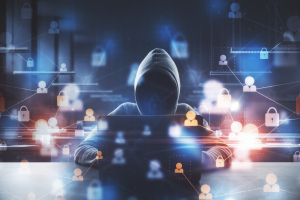 Charles J. Hilton & Associates P.C. (CJH) revealed this week that several of its employee email accounts were hacked between April and June 2020, and that the accounts contained personal details related to the healthcare of patients at the University of Pittsburgh Medical Center, which receives legal services from CJH, according to Infosecurity Magazine.

"After a lengthy investigation by computer forensics specialists, CJH confirmed to UPMC in December that some of UPMC’s patient information may have been accessed in this breach," said UPMC in an online notice it posted this month.

Upon noticing suspicious activity in its employee email system in June, CJH launched an investigation that confirmed a hacking took place and that the perpetrators may have gained access to patient data used by the firm to provide its contracted billing-related legal services to UPMC.

"While there is no evidence that this data was misused, CJH and UPMC are alerting affected patients through personal letters and public notification,” said UPMC.

CJH is currently writing to all patients whose information may have been compromised and is offering complimentary credit monitoring and identity-theft protection services to them. It also has set up a hotline for people to call with their concerns.

Both UPMC and CHJ encourage those who have been potentially affected to review account statements, credit reports, and explanation of benefits forms, and immediately report any suspicious activity found to their insurance company, healthcare provider or financial institution.

Amazon to acquire One Medical for nearly $4 billion