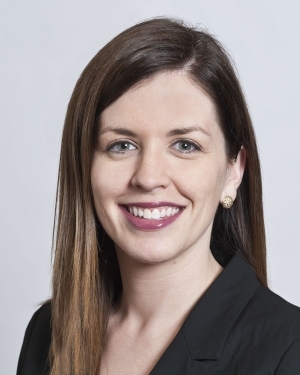 Telemedicine has been a topic of interest in healthcare for many years, but the COVID-19 pandemic was a catalyst for embracing and implementing it. There are many advantages that come with saving a patient from a trip to the facility, but perhaps none greater than avoiding possible contact with an infectious and potentially deadly disease.

We checked in with Kayla Cousineau, vice president of clinical operations and strategic initiatives at Allegheny Health Network to get some behind-the-scenes insight into the medical system’s own journey into telemedicine. Dr. Amy Crawford-Faucher, medical director of telehealth at AHN also contributed to these responses, which were provided over email.

HCB News: Prior to the pandemic, to what extent was AHN utilizing telemedicine?
Kayla Cousineau: Prior to COVID, we were doing about 8,400 visits annually. Since March, we’ve done 400,000. That’s nearly a 5,000% increase in 9 months. We were also doing telehealth in just a few specialties like behavioral health or for very specific programs like telestroke. At our virtual peak in April, about 75% of all our total ambulatory volume was virtual.

HCB News: What hospital stakeholders were involved in the decision to pivot more heavily into telemedicine?
KC: Leaders at AHN were supportive of the move to telemedicine — both clinical and nonclinical. However, this was not solely any healthcare leader’s decision. This was a survival strategy to the public health emergency and the shutdowns that were occurring. The world was rapidly changing in March and we had to change with it in order to maintain access for clinical care for our patients. It was a collaborative effort like most of us had never seen before. Our success was attributed to the fact that we all had a single priority: stand up telehealth for over a thousand providers as fast as possible. The Operations and IT partnership drove the train but many from around the health system were on board and contributed to the overall success.

HCB News: Can you share some of the initial considerations that had to be addressed prior to making the jump?
KC: Three main considerations jump to mind. First, we had to figure out which technology platform we were going to broadly use to stand up telemedicine. Then, there’s the matter of ensuring providers have the adequate devices — what devices are needed? Who does not have one and how do we get it to them? Finally, there’s the communication aspect, meaning how do you get training and education for both providers and patients? That last part was instrumental and remains ongoing.
1(current)
2