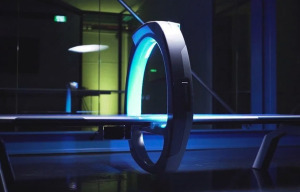 In February 2020, Nanox and USARAD joined forces with plans to deploy 3,000 Nanox.ARC medical imaging systems across the U.S., and eventually integrating the solution within more than 6,000 freestanding imaging centers, over 7,600 urgent care clinics, thousands of physician practices and numerous retail locations across the country. A Siemens Healthineers-backed company, USARAD offers Nanox access to more than 300 board-certified radiologists at over 500 medical facilities that rely on its Radiology-On-Demand platform for services.

Both companies are now jointly targeting insurance companies and other key constituents within the U.S. healthcare ecosystem, including outpatient imaging centers, with the advanced radiology diagnostics service. Nanox aims for this program to become an integral part of the Nanox service offering, subject to FDA 510(k) clearance of the Nanox.ARC system.

Nanox and USARAD plan to use X-ray based algorithms (including 2D, and 3D tomosynthesis) to provide analysis of large data sets combined with expert radiologists’ interpretations through a proprietary workflow that prioritizes urgent cases. The service is planned to be launched with over 20 FDA 510(k)-cleared AI solutions after strategically partnering with several leading companies, including Zebra Medical, Aidoc and Qure.AI.

“This collaboration between Nanox and USARAD on advanced diagnostics has the potential to transform the quality of healthcare, decrease costs, introduce new key value metrics and, most importantly, save countless lives worldwide," said Dr. Michael Yuz, CEO and founder of USARAD, in a statement.

The program is intended to launch in three categories:

USARAD previously announced a partnership with Siemens Healthineers as part of its development and implementation program to support multiple diagnostic algorithms. USARAD and Siemens are collaborating on the lung nodule detection part of the AI-Rad Companion Chest Diagnostics software, which assists radiologists in the detection of pulmonary nodules. This software was awarded CE mark in Europe as well as 510(k) clearance in the U.S. and will be integrated into the new service offering.

Nanox, based in Israel, touts Nanox.Arc as a substantially less expensive alternative to legacy X-ray machines, potentially creating access for two-thirds of the world’s population that lacks access to imaging, at a fraction of the conventional cost. It also claims that the solution will decrease waiting times and help ensure early detection of serious and chronic illnesses.

Online stock commentator Citron Research filed a suit against Nanox in September, criticizing the company for failing to produce any evidence that compared the efficacy of Nanox.Arc to conventional CT scanners, as well as for its R&D spending. It also accused Nanox of fabricating distribution agreements with fake customers. Ran Poliakine, chairman and CEO of Nanox, has denounced these charges as “baseless”.