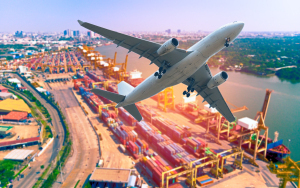 Decreases in Canadian flight volume have made it harder to transport radioisotopes for cancer treatment domestically and internationally
The COVID-19 pandemic has halted numerous Canadian flights — and with them, shipments of time-sensitive radiochemical materials used to treat cancer.

“There’s fewer flights, so it’s creating longer routes,” said Karin Stephenson, manager of commercial operations at the McMaster Nuclear Reactor in Ontario. “It’s been really challenging trying to get our product around.”

Prior to the pandemic, McMaster could ship iodine-125 within a couple of days anywhere, to be used in brachytherapy to treat 70,000 patients annually. Since the spring, however, shipments have been delayed by as long as 10 days, according to Reuters.

Whereas cancer specialists in the U.S. and the American College of Radiology have not experienced widespread concern over isotope shipping, Canada’s limited domestic market and international travel restrictions, such as 14-day quarantine for arrivals, have pushed travel volume down at Canadian airports by 90% annually, according to the government.

Since half of air cargo is normally flown in passenger jets rather than dedicated freighters, cancellations in passenger flights have played a role in this dilemma. Airlines are also switching to smaller planes with less cargo capacity, causing some items to be bumped. In addition, falling plane values combined with an increase in e-commerce from the pandemic have led them to convert passenger planes to freighters, which fly less frequently despite their greater capacity.

“For some of my Australian clients I have only about 90 hours before (the treatment) expires,” Roy Bekic, logistic manager at the Centre for Probe Development and Commercialization, a pharmaceutical company in Ontario that depends on passenger flights to ship goods to Australia through a Vancouver connection. Bekic says delays have cost him a handful of shipments.

Fewer transport options and the need to compensate for products lost from delays have increased transport costs and in effect, led companies to increase their own shipping charges. Gabriel Freitas, an executive at isoSolutions, a company in Vancouver that specializes in sourcing and distributing nuclear medicine products, says before COVID, his company could secure lower prices by searching competing flights. Now it faces increased fluctuations in price range from 20% to 30%. “Now you go with whatever option you get.”