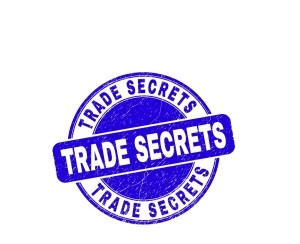 The company filed a complaint last Tuesday in Manhattan federal court claiming Anthony Medigo, a former vice president, violated a confidentiality agreement when he went to work for NuVera Medical to develop a rival solution to Siemens’ catheters, which include its AcuNav V and AcuNav Volume ICE Catheter, according to Reuters.

"On information and belief, Medigo's employment at NuVera places him in a position where he will be expected to, and will provide assistance to NuVera in connection with Siemens Healthineers, and in particular its AcuNav Volume ICE Catheter, with which NuVera's product will compete directly," said Siemens in a statement.

Medigo and NuVera, which is not a defendant in the case, could not be reached for comment.

The AcuNav V and AcuNav Volume ICE Catheter are used to image the inside of the heart for valve replacement and repair procedures. Siemens says the products represent a new generation of cardiac catheter devices and that it has a 100% share of the market for them, which is expected to draw in $800 million in revenue annually by 2030.

Hired by Siemens in 2016, Medigo worked his way up by 2019 to global vice president of its cardiac catheter business, where he played an integral role in developing and commercializing the company’s new line of cardiac catheter products, according to the complaint. Reports of adverse events, however, led to a temporary recall of AcuNav Volume catheters in March 2020. The company, in response, reduced its staff, which included Medigo, who was paid $405,000 in severance and reaffirmed a confidentiality and noncompete agreement he had signed in connection with his position.

The complaint says that Medigo was subsequently hired in September as chief commercial officer for NuVera, which is currently in the process of obtaining FDA approval for a catheter product of its own that was intended to compete with Siemens.

Siemens is pursuing eight claims against Medigo, including breach of contract, unjust enrichment, misappropriation of trade secrets and breach of fiduciary duty. It is also seeking an unspecified amount of money damages, and an injunction that will bar Medigo from being employed with NuVera through at least next July, when the noncompete expires, and for dissemination or using Siemens’ trade secrets.