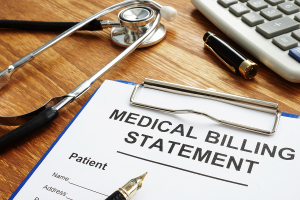 The D.C. Circuit Court of Appeals is questioning the AHA's argument on why hospitals should not be mandated by law to disclose the prices of their medical items and services to patients
The American Hospital Association has left the D.C. Circuit Court of Appeals skeptical of its argument as to why providers should not be required to publish negotiated rates reached between them and insurers for medical items and services.

The case is an attempt by the AHA to block an HHS rule that would require hospitals to be transparent about their prices. Its argument for why such a policy would be too difficult to list in a consumer-friendly manner was met with questioning Thursday, mostly from two of the three judges, according to Healthcare Dive.

"Why is that not doable? Why is it only after Judge Garland leaves the hospital that you know how much to put on Judge Garland's X-ray charge?" Judge Merrick Garland asked.

Lisa Blatt, litigator for AHA, replied that “many rates are unknowable,” and that an X-ray charge is an “unknowable number” because it might be billed on a volume discount or per diem, or in another way that cannot be easily itemized, especially in advance.

Judge David Tatel questioned why the price of the X-ray is unknowable but did not seem to understand her explanation as to how volume discounts are responsible, reported Healthcare Dive.

"If you both got the same care, you would know the amount after the fact but you didn't know the amount before the fact because no one treated you," Blatt said, to which Tatel replied, “Why? It's just an X-ray? If I have one, I'll get charged for $100; and if he gets two, he'll get $200."

First proposed in July 2019, the rule has been mandated by the Trump administration and is set to go into effect on January 1. Some economists warn that the rule would lead to higher prices for patients. Proponents say it is part of standard charges outlined in a section of the Affordable Care Act, though critics say the term, “standard charges” has been mainly undefined within the law. The AHA accused the federal government in its appeal of trying to assert that the ACA was meant to force hospitals to reveal rates with insurers, despite CMS instructing hospitals for close to a decade to instead provide “gross charges” for items and services.

The association previously lost its case in a lower court ruling back in June, when U.S. District Court Judge Carl Nichols rejected its argument that forcing hospitals to publish rates goes against the First Amendment by forcing them to disclose proprietary information, calling its defense “halfhearted”. He also rejected the notion that it would stall negotiations between providers and payers, reported Healthcare Dive.

Cynthia Fisher, founder of patienrightsadvocate.com, which filed an amicus brief in support of HHS, told Healthcare Dive at the time that the ruling would make it easier and more affordable to shop for health services by enabling patients to compare prices among hospitals.

"For the first time we will be able to know prices before we get care," she said. "This court ruling rejects every claim to keep the secret hidden prices from consumers until after we get care."