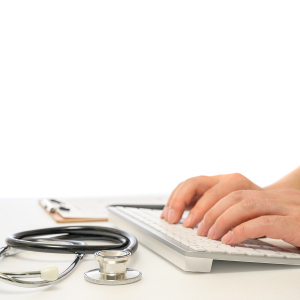 Hospital operating margins sank once again in August due to the impact of the COVID-19 pandemic
Six months in and hospitals are still feeling a big impact from COVID-19, with operating margins and revenue still down compared to the first eight months of 2019.

That’s what the Kaufman Hall September National Hospital Flash Report found, reporting operating margins to be down 7.9 percentage points since the start of the year compared to the first eight months of 2019, excluding federal funding from the Coronavirus Aid, Relief, and Economic Security (CARES) Act. With federal aid, this margin is still down by 2.3 percentage points year-to-date.

"While the August numbers are concerning, they are not surprising," said Jim Blake, managing director of Kaufman Hall, in a statement. "The latest results clearly illustrate the long road ahead for hospitals as they weather the ups and downs of a difficult recovery."

Multiple factors drove declines, including continued low volumes and revenues and high per-patient expenses, with hospitals nationwide seeing volumes decrease across most measures in August. This marked the sixth consecutive month of volumes falling below 2019 performance and budget. Adjusted discharges were also down 13% year-to-date and fell 12% year-over-year, and 8% below budget in August. Adjusted patient days were down 10% year-to-date and decreased 6% year-over-year, and were 4% below budget for the month.

These decreases were especially seen in the ED, where visits declined 16% year-to-date compared to the same time last year. ED visits saw the greatest year-over-year declines in August, falling 16% compared to both prior year performance and to budget. Operating room minutes were down 14% year-to-date and fell 6% year-over-year in August, but were less than 1% below budget expectations.

Revenue also dropped, with Gross Operating Revenue down 7% year-to-date compared to the first eight months of 2019, not including CARES funding. Gross operating revenue fell 2% year-over-year and 4% below budget, driven by fewer outpatient visits, where revenue was down 10% year-to-date compared to January-August 2019. Inpatient revenue fell 4% during the same period.