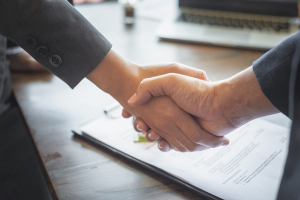 The Department of Defense has announced the award of a potential 10-year, $100M contract from the Defense Logistics Agency to UMG/Del Medical.

The deal calls for the firm to supply radiographic systems, accessories and training to both U.S. military and federal civilians, according to GOVCON Wire.

There were 50 groups competing for the contract, according to DoD.

The contract runs for five years, to 2025, and then has a five-year option.

In July 2019, Del Medical was in the news when it released its DELWORKS 3.0 software that integrates control of its radiographic equipment and E-Series wireless or fixed flat panel detectors on a single console.

DLA has awarded a number of contracts in the healthcare space recently.

In April, it awarded a $415 million contract for 60 Battelle Memorial Institute Critical Care Decontamination Systems (CCDS), able to decontaminate up to 80,000 used N95 respirators per system per day, enabling mask reuse up to 20 times, according to DOD spokesman Lt. Col. Mike Andrews, Department of Defense.

All 60 systems will be available by early May for distribution by FEMA and HHS, according to the statement.

“I remain extremely proud of the selfless efforts of Department of Defense personnel who continue to do everything they can to help provide medical masks, test kits, medicine and meals to support America's military, medical, emergency services and law enforcement professionals who are on the front lines and need them most,” Defense Undersecretary Ellen Lord said at the time.