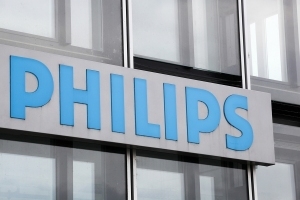 The Dutch manufacturing giant has brought the federal government on board to help ramp up ventilator production at its U.S. sites, with the aim to double its supply by May and achieve a fourfold increase by the third quarter of 2020, to deliver 43,000 units.

"There is an unprecedented global demand for medical equipment to help diagnose and treat patients with COVID-19,” said Philips CEO Frans van Houten in a statement. “We welcome the support of the U.S. government in our efforts to aggressively increase the production of hospital ventilators. We believe in fair allocation of scarce medical equipment to those who need it the most, and we are ramping up to deliver 43,000 units to the most critical regions in the U.S. in the coming weeks and months through December 2020."

Philips plans to invest several tens of millions in its U.S. ventilator manufacturing sites, having already delivered several thousand ventilators to hospitals across the country in the first three months of the year. It also was able to deliver an additional supply of ventilators to one New York Hospital when it first began ramping up production back in March.

Philips and the U.S. government will rapidly increase ventilator production by creating faster access to critical materials and components, and expedite logistics and regulatory approvals.

The U.S. government recently gave Tesla permission to manufacture ventilators, masks and other necessary supplies to help providers treat patients and keep their staff members safe from exposure. It also, just this week, forged an agreement with 3M to import 166.5 million respirators over the next three months to support healthcare workers in the United States.

“We share the same goals of providing much-needed respirators to Americans across our country and combating criminals who seek to take advantage of the current crisis,” said 3M chairman and CEO Mike Roman in a statement. “These imports will supplement the 35 million N95 respirators we currently produce per month in the United States.”

The agreement between Philips and the U.S. government was motivated by the recent call to action by the International Chamber of Commerce and World Health Organization for government officials and businesses to collaborate to reduce the spread and generate greater access to treatment for people who test positive for the virus.

Philips may divide orders into batches to be delivered in phases so that it can simultaneously service multiple countries and regions in need.