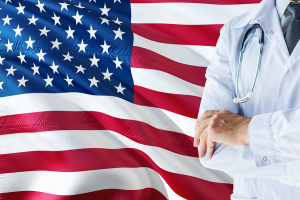 President Trump’s proposed budget would cut funds for Medicaid and the Affordable Care Act over a decade, The Hill and others reported.

The political news site noted that the heavy cuts to healthcare, released by the administration Monday, take $844 billion over 10 years, plus another $150 billion in reductions caused by Medicaid work requirements and other program alterations.

The budget was immediately condemned by Democrats, said the Hill.

“Americans’ quality, affordable health care will never be safe with President Trump,” Speaker Nancy Pelosi (D-Calif.) stated in response to the proposal, which stands in stark contrast to Trump's previous promises, including his 2015 solemn pledge that, “I’m not going to cut Medicare or Medicaid,” noting at the time that, “every other Republican is going to cut it.”

An unnamed administration official sidestepped the impact of the cuts, arguing that, “the budget protects and preserves Medicaid by putting it on a sustainable path, so it can continue to provide vital services to those who need it the most, including children, the disabled, elderly and pregnant women.”

As an additional financial burden to those largely “blue” states that took advantage of using Medicaid to cover more people under the Affordable Care Act, the budget would end federal funding to support such expansion — letting the states pick up the financial slack.

Buried in the tables for the budget, as well, are figures that show the cuts as even more severe — $920 billion over 10 years, according the The Hill.

"Health reform always involves trade-offs and those trade-offs become more apparent with details," Larry Levitt, executive vice president for health policy at the nonpartisan Kaiser Family Foundation, said in a tweet. "So, it's not surprising that President Trump has avoided such details. But, the level of healthcare spending cuts he is proposing would have severe consequences."