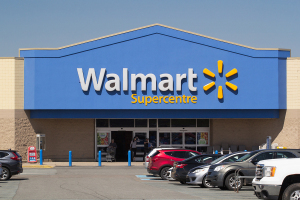 Walmart is launching its second Walmart Health center at its Calhoun, Georgia, Supercenter. The first one was in Dallas, Georgia.

The move could be another harbinger of major initiatives that are coming to the way primary healthcare is delivered.

Walmart Health is partnering at the facility with “several on-the-ground health providers to be a first-of-its-kind health center to deliver primary and urgent care, labs, X-ray and diagnostics, counseling, dental, optical and hearing services all in one facility,” the retail giant said in a statement.

Pricing will also be “transparent” regardless of a patient's insurance status, noted the company.

Saying the move could make a difference in affordability, convenience and accessibility, Sean Slovenski, SVP and president of Walmart U.S. Health and Wellness, noted that “we have a history of launching innovative products and programs that have transformed the industry and created significant healthcare savings for customers. Now, we’re focused on a solution to provide affordable integrated care that our customers want and deserve.”

The fight for domination of primary care delivery could also help drive down healthcare costs. And price-reducing Walmart “may be better prepared to fight than it gets credit for,” according to The Motley Fool.

Morgan Stanley analyst Simeon Gutman wrote, after the Dallas opening in 2019, that for Walmart, “from this starting point, we think expansion into stand-alone health clinics offering an array of services makes sense and should not be surprising,” according to the investment news site.

And Walmart is well positioned to take on others entering the healthcare delivery arena, including CVS Health and Walgreens Boots Alliance.

“Walmart is a sleeping giant, and they're putting together all the pieces to be able to move big in healthcare when they want to,” Dr. Lisa Bielamowicz, co-founder of consulting firm Gist Healthcare, told The Motley Fool.

The healthcare delivery space can be tricky, however, as Walgreens Boots Alliance found out. In October, 2019, the closing of its wholly-owned health clinics was announced during its Q4 2019 earnings call, when COO Alex Gourlay noted that “we've taken a decision to exit our wholly-owned loss-making clinics,” adding that, “we will continue to work with our local health system partners, who are running successful clinics in 217 Walgreens locations.”

In addition, Walgreens continues its healthcare delivery involvement with its primary care partner VillageMD, which recently signed an agreement to acquire Summit Medical Group of Arizona — which has almost 50 providers in clinics throughout the state, according to Forbes.

Beyond that deal, Walgreens said in mid-January at a JPMorgan healthcare conference that it's seeking more ways to partner with doctors and more deals to make, according to the business news site.

While some may stumble, there is plenty of profit to be had in the retail U.S. clinic space. Goldstein Research forecasts that they will “drive nearly $7 billion worth of revenue in 2025, growing annually at 23.5% during that time frame, The Motley Fool reported.