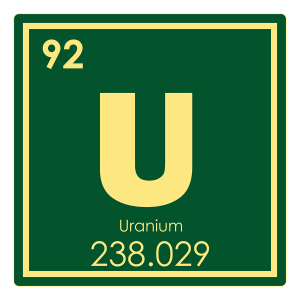 The controversial decision was made by Secretary of Energy Dan Brouillette, who told top members of the U.S. House of Representatives energy committee that he was motivated to do so after his department determined that global supplies of a molybdenum-99 (Mo-99) made without highly enriched uranium (HEU) for isotope production were not sufficient for meeting the needs of U.S. patients alone, reported Reuters.

Critics have condemned the decision, saying it raises the risk for the spread of nuclear weapons — otherwise known as proliferation risk — and undermines efforts by companies to convert to using safer materials.

“It’s irresponsible and unnecessary,” Alan Kuperman, a University of Texas professor and founding coordinator of the Nuclear Proliferation Prevention Project, an organization dedicated to preventing the spread of nuclear technologies for the construction of nuclear weapons, told Reuters. He remarked that the Energy Department’s decision was “akin to putting the soccer ball in your own net.”

Kuperman argues that waiving the ban undermines companies that are trying to convert to using low-enriched uranium, a material that does not offer proliferation risks, as well as startups that have chosen to make medical materials without HEU. Exports of any amount of HEU are risky, as they can be intercepted by militants to make weapons. The 2016 bombers who detonated themselves in Brussels, for instance, were found to have covertly filmed movements of the leader of Belgium’s nuclear research program, according to Reuters.

While this risk is low, experts in the nuclear industry advise that the U.S. refrain from shipping any HEU substances and instead rely on existing alternative options.

“The more of this material out there in circulation, the more dangerous it is,” Miles Pomper, a fellow at the James Martin Center for Nonproliferation Studies, told Reuters.

Mo-99 is the parent isotope of technetium-99m, a radioisotope used in nuclear medical scanning to help diagnose various forms of cancer and heart disease among other conditions. Efforts to produce Mo-99 without highly enriched uranium have risen in the last few years, with the Department of Energy’s National Nuclear Security Administration (DOE/NNSA) recently providing financial awards to help four manufacturers do just that.

The ban was waived on January 2 by the U.S. Nuclear Regulatory Commission, one day before it was set to begin.