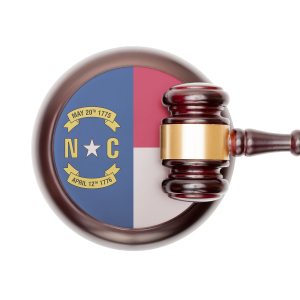 Emily Cram is suing Raleigh Radiology for
image problems that led to the shutdown of
its Blue Ridge Road Office where she received
three mammograms
A woman in North Carolina is taking a radiology practice to court over problems affecting its mammography images that led to the temporary shutdown of one of its offices.

The closure of Raleigh Radiology’s Blue Ridge Road office followed a review by the American College of Radiology and the FDA of sample scans taken at the location. The technical quality of the images was found to be below federal standards, leading to the loss of the facility’s accreditation. Emily Cram of Wake County, who had three scans taken at Blue Ridge Road, alleges in her suit that the facility has not disclosed if her images were part of the sample taken or offered her a refund, according to The Herald Sun.

The problems with the images are reported to have occurred between Nov. 7, 2017 and Nov. 6, 2019, though there was no indication that cancer was overlooked. Following the FDA review, Raleigh Radiology informed Blue Ridge Road patients of the issues in a letter which advised them “to consult with their referring physician at their own expense” and said that re-review or repeat mammograms may be necessary, according to the suit.

An FDA-mandated letter that followed told patients who received a mammogram at a federally certified facility after getting one at Blue Ridge Road should ignore the first set of results and “follow the recommendation from that subsequent mammogram,” said the suit. It adds that those who did not get a mammogram at a different facility were advised to consult their doctors “as soon as possible,” and that mammograms would need to be re-reviewed and in many cases, completed again at a certified facility.

The suit aims to become a class action by including others who had mammograms during the time in which the problems occurred. It also asks that patients be refunded for breast cancer screenings at Blue Road Ridge during this time, and for the practice to cover the costs of re-reviews or repeat mammograms.

The suit was filed in Wake Superior Court.