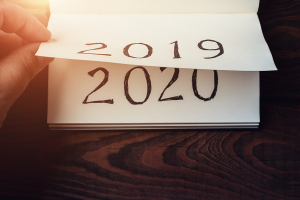 Most read stories of 2019
Presented in no particular order, here are the overall top 10 stories of the year, based on what articles were most widely read and shared. We've included their headlines and opening paragraphs, with links to finish each story.

As rural hospitals close, mortality rates go up, says a new study. With over 100 such facilities shuttered since 2010 and another 430 in jeopardy of doing the same, University of Washington researchers, who looked at 92 of them, have found that such closings are leading to a 5.9 percent rise in mortality rates.

9. SEC probes Siemens, GE and Philips over business with China

The U.S. Securities and Exchange Commission has opened a new probe into allegations of bribes negotiated between leading manufacturers — Siemens AG, Philips NV, and General Electric Co. — and Chinese government and hospital officials for the sale of medical equipment.

The allegations, outlined in a Reuters exclusive, come less than a month after the FBI launched a separate investigation into allegations made against Siemens, Philips, GE and Johnson & Johnson concerning illegal kickbacks to government officials in exchange for securing contracts with public health programs across Brazil over the past two decades.

If true, the actions in both cases go against the U.S. Foreign Corrupt Practices Act of 1977 (FCPA), which bars Americans, U.S. companies and foreign enterprises whose securities are listed in the U.S. from paying foreign officials in exchange for business. Violating the act could result in fines from the SEC.