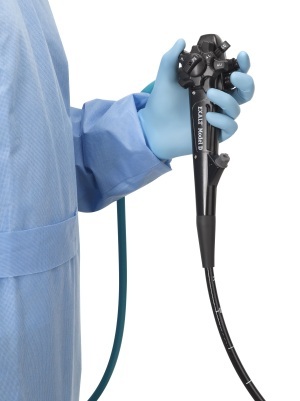 The solution enables visualization and access to the upper gastrointestinal tract to treat issues such as bile duct disorders, and is designed for use on a single individual, a feature that is expected to eliminate the spread of disease from individual to individual.

“Unlike duodenoscopes that are used on multiple patients, a fully disposable duodenoscope doesn’t need to be reprocessed, eliminating the risk of potential infection due to ineffective reprocessing,” said Jeff Shuren, director of the FDA’s Center for Devices and Radiological Health, in a statement. “Improving the safety of duodenoscopes is a top priority for the FDA since such devices remain critical to lifesaving care for many patients, and the FDA continues to encourage innovative ways to improve the safety and effectiveness of these devices.”

The clearance of the EXALT Model D Single-Use Duodenoscope follows that of duodenoscopes designed with disposable end cap and elevator components.

The FDA previously signified the need for partially- or fully-disposable duodenoscopes in August when it issued a safety communication encouraging manufacturers to design such devices and for healthcare facilities to adopt them. The aim is to simplify or eliminate the need for reprocessing certain components, as the complexity and small parts of such systems make it easy for contaminated tissues or fluids to become stuck within the crevices of the device. This, combined with the risks of ineffective reprocessing of duodenoscopes, in turn, allows for diseases to spread among multiple patients the device is used on.

“Duodenoscopes with a disposable elevator component represent another major step toward lowering the risk of infection among patients who undergo procedures with these devices,” said Shuren in a statement at the time of the release of Pentax Medical’s ED34-i10T2, a duodenoscope with a sterile, disposable elevator tip.

In addition to being a single use solution, the EXALT Model D Single-Use duodenoscope holds Breakthrough Device designation, indicating that the FDA provided intensive interaction and guidance to Boston Scientific on device development to speed up production of supporting evidence for the solution and FDA review of it.

It also holds premarket clearance, meaning that it is considered to be substantially equivalent in its intended use and technological aspects to a legally marketed predicate device.