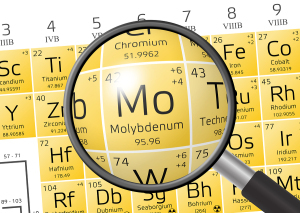 By Greg Piefer and Evan Sengbusch

Every day in health care facilities around the world, hundreds of thousands of patients undergo critical medical imaging procedures performed with the radioactive isotope technetium-99m (Tc-99m), the decay product of molybdenum-99 (Mo-99). These isotopes are critical to imaging scans used to help diagnose heart disease, cancer, and other serious medical conditions.

As one of the most common components in a variety of lifesaving scans – used in more than 50,000 procedures a day in the United States alone – the demand for Mo-99 remains high. The problem? Not enough moly-99 is produced and, as a result, chronic shortages continue to plague physicians and patient across the globe.

The majority of the world’s supply of moly-99 comes from reactors in Belgium, the Netherlands, Australia, and South Africa, most of which are 50-plus-years-old. The last operating reactor in North America was shut down in 2016 and there remains no reactors in the United States, despite its consumption of one-half of the global supply.

This production issue, coupled with the short half-lives of moly-99 and Tc-99m, has created shortages that leave patients around the world without the lifesaving tests they need, when they need them. As a result, it is a significant problem that medical facilities must be prepared to handle.

What does a shortage mean for hospitals, physicians and patients? When a moly-99 shortage occurs, as it did in 2009, it puts hospitals in a precarious position. The use of Tc-99m, which has a half-life of six hours, is advantageous to patients because it decays and leaves the body quickly. But the half-life of its parent, moly-99, prevents a health care facility from buying it in bulk and ‘stocking up’ to ensure it has the Tc-99m they need during a shortage.

When a hospital can’t produce the Tc-99m it needs for vital scans, the impact of the shortage can be dire for patients. Imagine needing a critical scan after a cardiac event, only to be told the procedure couldn’t be completed that day due to lack of supply. In these cases, hospitals and clinics are forced to use lesser quality testing methods, which provide poorer diagnostic ability and can expose the patient to more radiation.

Lack of a North American moly-99 supply also can lead to increased costs for hospitals, as the moly-99 they use must be shipped a great distance and as quickly as possible to minimize decay. During transport from Europe, for example, roughly one-third of the moly-99 that left the processor is lost to decay.
1(current)
2