Every day is a gift

Every day is a gift 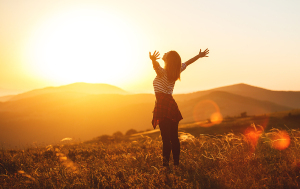 The last two weeks I've been on the road quite a lot for family matters and funerals. I've fallen a little behind in my work but decided that's okay.

One funeral was for a brother-in-law who'd been married for 50 years. It was touching that there were probably 300 people in the church attending the funeral. His wife was still crushed.

It occurred to me how lucky I am to be alive, and how lucky I am that my wife is alive. It helps you keep perspective when someone cuts you off in traffic, grabs your taxi, or cuts in front of you in line.

As my wife likes to say, "Don't sweat the small stuff, and it's all small stuff."

I still crawl out of bed at 4:45 a.m. so that I can exercise and get to the office, and I'm happy to say my wife said to me the other night, "You used to get home at nine o'clock, so I could arrange to meet with my friends ... now that you're getting home at 7 p.m., you are in the way! Do you think you could get lost on Thursday night?"

The point is, life is short. Don't try to be the richest person in the cemetery.

One more thing. Several of you whom I have great respect for responded to my last two blogs, and I haven't had a chance to write back to thank you. Please forgive me. I will do it ASAP.

In the meantime remember, don't sweat the small stuff, and it's all small stuff!