Insights from the AMGA 2019 Compensation and Productivity Survey

Insights from the AMGA 2019 Compensation and Productivity Survey 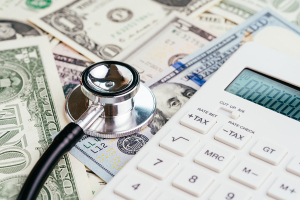 Data from the recently released AMGA 2019 Medical Group Compensation and Productivity Survey shows a continuing trend of increases in physician compensation for many specialties without an equivalent increase in work relative value unit (wRVU) production, a trend seen in the results of last year’s survey as well. Compensation per wRVU has increased in many specialties, which poses challenges for physicians and administrators who are working to cover ever-increasing operating costs for their practices. Given these findings, one must ask how much longer compensation can continue to increase if productivity is not increasing in tandem.

Making sense of the various data points across the survey, AMGA Consulting has outlined key trends in primary and specialty care, and offered thoughts on the future trajectory of physician compensation. Given its surprising survey results this year, radiology specialties have also been given a focused analysis.

There are several possible reasons for the significant compensation increases primary care saw in 2018. First, AMGA members report recruitment difficulties in primary care, as a record-setting number of older physicians begin the process of retirement. Given the primary care physician shortage estimated by the Association of American Medical Colleges, it would seem there just aren’t enough physicians entering the workforce to replace those exiting it. A 2018 analysis by United Health Group shows this to be especially true in rural parts of the country.