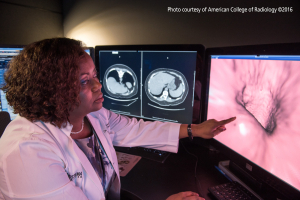 While CT has been around a lot longer than other advanced imaging tools, the way it's utilized continues to change. Progress with reducing dose exposure, introducing sophisticated techniques, gaining coverage for life-saving exams, and improving interoperability are all currently taking place.

Here we take a quick look at a few news items that reflect the evolving state of CT.

Pregnancy CT scans on the rise

Pregnant women in Canada and the U.S. are being exposed to more radiation as they undergo an increasing rate of CT scans. A study published in JAMA Network Open found that in a 21-year review period, CT exams on pregnant women increased nearly fourfold in the U.S. and doubled in Ontario, Canada. HCB News checked back in with senior author and researcher Dr. Rebecca Smith-Bindman, a multispecialty professor, including radiology, biostatistics, and obstetrics, at the University of California, San Francisco, School of Medicine on the study.

“It is important for physicians to know not to recommend CT in pregnant women unless it is absolutely necessary," Smith-Bindman said. "Often, imaging can be deferred altogether, but if imaging is needed, tests such as ultrasound and MR that do not use ionizing radiation should be used whenever possible as first-line imaging.”

The researchers tracked data within the National Cancer Institute's Radiation-Induced Cancers study from six U.S. and Ontario-based healthcare systems for advanced imaging during the pregnancies of 2.2 million women who had 3.5 million live births in total between 1996 and 2016. Imaging modalities included radiation-emitting exams such as CT, radiography, angiography/fluoroscopy, and nuclear medicine, as well as MR scans that do not emit radiation.

While Smith-Bindman stressed that although technical improvements have made CT helpful across a broad range of diagnoses, patient demand and strong financial incentives have also contributed to the rise in utilization.

“We are studying the impact of CT in pregnant women in terms of future cancers in their children, and hope to have results to share within the next year or two,” she said.

New CT AI research spots tiny lung tumors with high accuracy
A research team at the University of Central Florida’s Computer Visions Research Center (UCFCVRC), using an AI platform dubbed S4ND, taught CT scanners to locate tiny tumors that would otherwise have been too small to find. The research utilized an approach similar to algorithms used in facial recognition software to scan thousands of faces for a particular pattern to find a match. The technique is modeled after the brain, where neuronal connections strengthen as it develops and learns.
1(current)
2
3
4

Imaging utilization to drop more than 50% over three or four months: report

As COVID-19 tests remain scarce, some physicians turn to CT for diagnosis