Looking toward a future with flash therapy

Looking toward a future with flash therapy 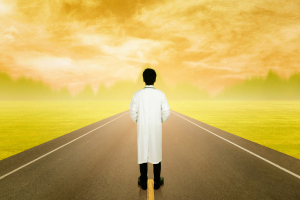 From the September 2019 issue of HealthCare Business News magazine

Researchers at the Institut Curie in Orsay, France made history in 2014 when they performed the first demonstration of flash radiotherapy, a technique that delivers large doses of radiation in a fraction of a second. Applying short pulses of radiation to the thorax of mice at a dose rate of more than 40 Gy/s, the team examined the extent of lung fibrogenesis in the specimen for up to six months after radiation, and found that normal, healthy tissue sustained less damage, compared to that of mice irradiated at a conventional dose rate. 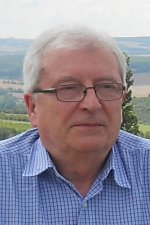 Vincent Favaudon
“We use a single dose treatment, meaning that the entire treatment is given at once to a single participant in a short sequence,” Dr. Vincent Favaudon, the developer of the technique at the Institut Curie, told HCB News.

Since then, flash demonstrations have been conducted throughout Europe and the U.S., with researchers aiming to adapt the practice for clinical use and improve the speed and safety of radiotherapy. To do this, however, requires a thorough understanding of flash, as well as answers to unanswered questions around its use and impact.

Sculpting dose and sparing tissue
The speed at which doses are delivered during flash therapy help reduce damage incurred by healthy tissue surrounding the tumor. Treating cancer this way, whether it be a single session or multiple sessions, is expected to have a dramatic impact on patient outcomes and also hospital throughput. 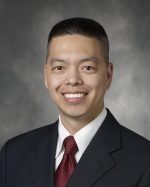 Billy Loo
"The dilemma in many cases is that the tumors are not physically separate from certain, critical normal organs. They are sort of 'weaved' in," said Dr. Billy Loo, a professor of radiation oncology at Stanford University. "Even if you're sculpting the dose very carefully, you're ultimately going to be limited in how much radiation you can apply because the normal tissues are right there. With flash, we are developing strategies both to create highly sculpted doses and deliver them super fast to maximize the sparing of normal tissues."

Most of the research using flash so far has been done in preclinical studies and we are still a long way from introducing flash therapy to the clinical setting. The type of radiation most commonly used for these experiments to date is electrons, though some demonstrations have used protons and synchrotron X-rays. 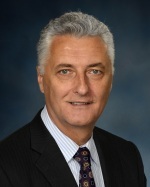 Zeljko Vujaskovic
“Flash is not necessarily minimizing necessary physical dose to the normal tissue, but when radiation is delivered at very high dose rates, the healthy tissue apparently does not ‘see’ it,” said Dr. Zeljko Vujaskovic, a professor of radiation oncology at the University of Maryland School of Medicine. “Therefore, the normal tissue is not responding to this high dose in the same way it would with protons or photons. The damage from this ‘flash effect’ in normal tissue, at least based on some preclinical work, is less than with standard proton or photon therapies. The mechanism underlying this phenomenon is unclear.”

Potential applications for flash therapy
The speed and specificity of flash therapy make it particularly promising for cancers where treatment currently requires motion management. For example, with lung cancer, conventional radiotherapy calls for synchronizing the beam with the breathing cycle to target moving tumors at specified locations.

"That was one of the original motivations behind the idea and advantage of super fast radiotherapy," said Loo. "If we can flip the problem around so that the treatment is almost instantaneous, it becomes so fast that all of the motion in the body is essentially frozen. That will allow us to give the most precise, highly sculpted radiation doses to tumors, while also capitalizing on the biological benefits of flash to spare normal tissues."

In April, Vujaskovic and his colleagues from the University of Maryland department of radiation oncology unveiled lung cancer research as part of their first quantitative, preclinical findings using flash therapy with protons. The researchers recorded 25-30 percent less damage to lung tissue, leading to less fibrosis of the lung, and an average 35 percent decrease in skin dermatitis when using flash.

It is the first of any flash demonstrations using protons rather than electrons to show significant reductions in lung injury, according to Vujaskovic, who described flash therapy with electrons as being primarily suited for superficial tumors (such as those of the skin). “With protons,” he said, “this type of treatment can be delivered to deep-seated tumors.”

A long road ahead
Despite the potential benefits of flash therapy, important questions remain unanswered and technological advancements will be necessary.

While preclinical research is a good starting point, Dr. Hans Langendijk, professor and chair of the department of radiation oncology at the University Medical Center in Groningen in the Netherlands, cautions that it lacks essential information in a number of its findings. The most important of these critiques, he said, includes the need for radio-biological experiments to confirm that first results can be replicated under different circumstances, and assessments of potential late-term outcomes.

“What we see in radiation therapy is acute toxicities that may occur during the course of radiation and immediately after radiation,” he said. “Most of these studies have been focusing on those complications, but the mechanisms that may result in late complications — which, in some cases, may occur even 10-15 years after — are completely unknown.”

Fractionation is another area where Langendijk said work needs to be done.

"The first question is IF we have to fractionate or not. The second issue is when you give the entire treatment in just a fraction of a second, you have to be very sure that the dose delivery is correct, which requires intense physics quality assurance."

Bringing flash to the clinic will also require better equipment because existing linear accelerators are incapable of delivering radiation doses at the required speed. Loo and his colleagues at Stanford are working to change this by partnering with the SLAC National Accelerator Laboratory in an ongoing program called PHASER, which incorporates multiple technological advantages aimed at delivering ultrafast radiation treatment.

Developing the technology to deliver flash is itself a two-fold challenge. Making those capabilities viable for actual healthcare providers means that financial considerations must also be made.

"Cost of technology has to be reduced and designed for better economy, compactness and compatibility with available infrastructures so you don't have to build new buildings just to put in a machine,” said Loo. “There needs to be better automation and clinical efficiency so that more patients can be treated on any given system in any given amount of time."

From there a host of new questions open up, such as how to train medical personnel on using the technology and how to ensure patient access to the treatment, which will depend on health policies, healthcare systems and local politics of individual countries and insurance companies.

One step at a time
While flash may be years away from being used on patients in everyday settings, a great amount of progress has been made around it, including the introduction of clinical trials for humans.

“If successful, we could treat patients in a fraction of a second, instead of in seven weeks, with less radiation-induced complications, and with a very high probability to obtain tumor control,” said Langendijk. “This may be one of the most exciting developments I’ve seen in my career.”

The aim behind flash therapy is not just to enhance treatment efficiency but access at lower costs, according to Loo. "Our goal is to develop technology to allow flash ultimately to be used in place of existing radiotherapy, enabling it to bring down price and open up greater access to lifesaving treatments for patients.”

Those are big goals, and achieving them will require the accumulation of evidence to illustrate its benefits. On this front, there is still a tremendous amount of work to be done.

“I am optimistic, and do believe flash will find a role in radiation oncology,” said Vujaskovic. “It will be a major step forward in how radiation is delivered, but again, we need to have more solid, firm data to move this to become a standard of care.”