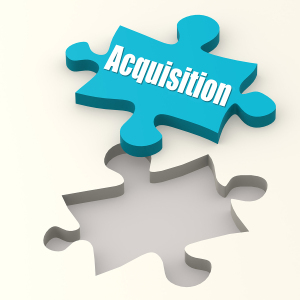 Siemens and Corindus Vascular Robotics have signed a definitive merger deal worth about $1.1 billion — with each share of the precision vascular robotics maker to get $4.28 in cash.

“The combination of Siemens Healthineers’ advanced, high-quality imaging, digital and artificial intelligence tools with Corindus’ precision robotics platform has the potential to transform the way healthcare is delivered to those suffering from cardiovascular or peripheral disease,” Corindus president and CEO Mark J. Toland said in a statement.

Corindus has a leading position in the vascular robotics sector, according to Michel Therin, president of Advanced Therapies at Siemens Healthineers. “The acquisition of Corindus, combined with Siemens’ strong advanced therapies portfolio will help further advance the growth of vascular robotics,” he stated, adding that integrating the two firms' technologies “could lead to reduced variability, improved efficiency, expanded access to care, and ultimately improved patient outcomes.”

The Corindus Board of Directors has approved the deal, which is anticipated to close in Q4 2019.

The company’s CorPath platform is “the first FDA-cleared medical device to bring robotic precision to percutaneous coronary and vascular procedures,” according to the firm. Its latest GRX version added upgrades to boost precision and workflow, and to expand the range of procedures it can do robotically.

The deal is another effort to show Healthineers investors “that the former unit of Siemens can grow beyond MR and CT scanners, which form the bulk of earnings,” according to Bloomberg, which noted that during its IPO, similar claims were made concerning the Atellica platform.

Of note, Royal Philips NV has a 12.8 percent stake in Corindus and goes head-to-head in the scanner market with Healthineers.

“We are very mindful of the shareholder structure,” Jochen Schmitz, chief financial officer of Healthineers, noted, according to Bloomberg, adding, “this is to be a regular process between signing and closing, so we don’t see any particular problems, no interfering from Philips, but you never know.”

RBC Europe analyst Wasi Rizvi wrote in a note that the deal seemed “to be a good fit,” adding that “the vascular interventions market is growing at about 20 percent a year,” according to the business wire.

"The challenge of access to care is a truly global issue," Toland told HCB News at the time. "Countries such as China and India represent a major opportunity for remote robotics to reduce time to intervention for patients. Even in the United States, 20 percent of the population lives more than 60 minutes from a PCI-capable center."

In July, Siemens Healthineers reported a 5.8 percent jump in revenue year-over-year for Q3 of FY 2019.

“In the third quarter we continued to drive growth forward very successfully. In contrast, we are facing challenges in the diagnostics business. We are tackling these issues resolutely and are focusing with our outstanding Atellica Solution Platform, vigorously, on improving growth and earnings strength,” Siemens CEO Bernd Montag said in a statement, adding that, “based on the sustained strong volume development and the operative strength of our company, we are confirming our outlook for fiscal year 2019.”