Blockchain may be the next great thing in healthcare — or not 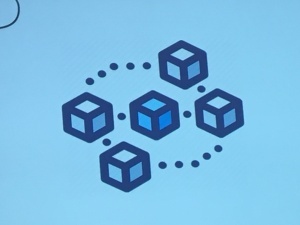 A panel of four informatics enthusiasts/experts at SIIM made a case for a possible future of blockchain to reinvent the way health data is stored and shared. Under the best case scenario, it could eliminate the need for the current enterprise architect. The challenge is that healthcare is wed to an existing system that supports a billing function and not an information extraction (sharing) model.

He explained that the term blockchain was first used in October 2008 in an online article about bitcoin by an anonymous author. The one thing that McBee and the other panel members want people in imaging informatics to know is that the current version of blockchain is now far removed from its introduction as a platform for cryptocurrency.

Blockchain has many advantages. It is tough to breach (although it has been done on a limited basis) and the separate blocks that store data have to agree on what the “truth” is, according to McBee. What this creates is a system that cannot be attacked (hacked) at a central point, but instead provides redundancy in many locations. Blockchain offers proof of work features (immutability), such as time stamping by a user, and unauthorized changes to the data are instantly apparent. Such consensus mechanisms are especially attractive in imaging storage and retrieval, said McBee.

The next presenter, Dawn Cram, managing partner, Gordian Knot Group, made a case that a blockchain rollout in healthcare could be revolutionary.

"What if all enterprise costs could be eliminated and hospitals could unlock health information across all organizations, and patients could give permission to researchers to use anonymized versions of their health information?” she asked.

She then proceeded to make a case for a fictionalized patient with a heart problem living in New England, but wintering in Florida. The patient could have "one tap" cellphone access to share their health information between providers in the two states. Not only would blockchain give patients more controls, but it would significantly reduce costs and resources for health systems and other providers.

Larry Sitka, VP/CSIO Enterprise Applications, Vital Images, said that blockchain is already being used in the financial sector. Complicated transactions that used to take a month — such as account transfers — now take seconds using blockchain. Such data is stored in a discreet electronic ledger that is fully authenticated. It’s not just a solution for health data, but also mundane tasks such as medical credentialing.
1(current)
2