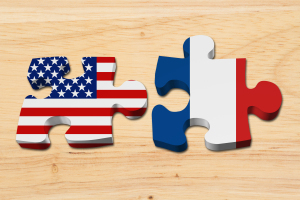 The women’s health provider has proposed to buy the French cart-based ultrasound manufacturer’s at a rate of $1.71 (€1.50) per outstanding share in a move that would mark its entry into the $450 million cart-based global breast ultrasound market.

“Ultrasound continues to be an important area of focus for diagnosing breast cancer. As a company that aims to improve clinical outcomes and prides itself on doing so through its innovative solutions, it's important for us to work with companies that share that same goal,” Shawn St. Pierre, senior director, Ultrasound Solutions at Hologic, told HCB News. “We believe SuperSonic's superior technology reflects that, not only for breast cancer patients, but also for those with liver and prostate disease.”

The attraction to the cart-based ultrasound market stems from high-single-digit growth due to rising use of the technology as an adjunct to mammography in women with dense breast tissue.

SuperSonic Imagine’s technology is expected to complement Hologic’s, specifically Viera, the wireless, handheld ultrasound scanner developed and distributed through an agreement with Clarius Mobile Health. The French company also amassed approximately $29 million in revenue for the 2018 calendar year, with less than 15 percent derived from the U.S., Hologic’s largest market.

The price of €1.50 per share equates to approximately $39 million for all outstanding shares, or approximately $42 million, assuming all outstanding warrants and options with an exercise price lower than €1.50 are exercised. An additional amount not exceeding $43 million would also be made available to repay SuperSonic Imagine’s net debt, bringing the value of the acquisition up to $85 million.

The main shareholders of the company, who together hold 46 percent of the outstanding share capital of the company, have agreed to sell their shares to Hologic at the agreed upon price per share, following consultation with SuperSonic Imagine’s social and economic committees. The agreement would be subject to obtaining French regulatory clearance regarding foreign investments.

Following the completion of the acquisition, Hologic would file a cash tender offer, which would not be subject to any condition precedent, for all remaining shares of SuperSonic Imagine at the same price per share, which represents a premium of 42.9 percent over the closing price on June 19 and a premium of 45.7 percent over the volume-weighted average price over 60 trading days.

Hologic has agreed to cover all transferable warrants and convertible bonds issued by SuperSonic Imagine, should no agreement be reached with holders of these securities. A mandatory squeeze-out may follow if the applicable legal and regulatory requirements are met.

“SuperSonic Imagine customers will have access to best-in-class and clinically proven technology across the continuum of breast health care, in addition to the unrivaled service that has helped differentiate Hologic from its competitors globally,” said St. Pierre.

The completion of the tender offer is subject to the French Financial Markets Authority’s clearance decision on the proposed tender offer, and its financial terms, including the squeeze-out. The offer will be deemed null and void if, on the closing date, Hologic does not hold a number of shares representing more than 50 percent of SuperSonic Imagine’s share capital or voting rights.

A specific date for when the acquisition will be complete has not yet been determined.