Q & A with Bill Algee, president of AHRA 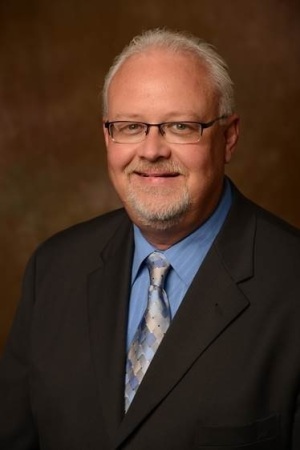 HealthCare Business News spoke with current AHRA president, Bill Algee in advance of the annual conference taking place this year July 21 – 24 in Denver, Colorado, where he will pass the baton to incoming president Chris Tomlinson.

HCB News: What inspired you to pursue a career in health care?
Bill Algee: Actually I started pursuing a career in healthcare in high school. We had what's called a health occupations class. So I took that and did some observation in radiology at a hospital in Evansville, Indiana and ended up doing two rotations there for almost two full years. When you're doing that for a couple of years and realize it’s pretty cool, it’s definitely inspiring. And I liked art to a degree. So while I'm not an artist, I like photography and imaging is photography we just go about it in different ways. That really intrigued me and drove me to pick it as a career. Here we sit 32 years later.

HCB News: Why did you join the AHRA?
BA: I became a member in 1999. My director at the time, who was actually my director for 30 years — he just retired two years ago — had been in part of the AHRA and been to a couple of the annual meetings. I was a new leader, going to be a manager. He thought it would be a really good opportunity for me and it’s great for leadership development. So I gave it a shot. So I joined in 1999 and went to my first meeting that year and pretty much have been on that wagon since. Two years ago, I was elected president and it’s still hard to believe how things have moved along.

HCB News: So as president, what initiatives have you focused on?
BA: Well, we had a couple of really big initiatives this year. One thing: we had a really good CEO for 14 years, Ed Cronin, and he retired. So my job and the job of some other members had been to select a new CEO. We now have a new CEO, Dan Kelsey, who started during RSNA back in November. He's just doing a phenomenal job.

So one of the things when I gave my acceptance speech last year was that I said there were four things I really wanted to focus on: change was one of them, knowing that we were going to be changing CEOs. Collaboration and working with other industry leaders was the second item. Family was the third, and by that I mean within the AHRA, kind of taking care of ourselves. And the last was superheroes which was the theme of the meeting — to focus on who were those individuals in your life, as leaders, that really have stuck out to you and hopefully, you’ve stuck out to a few people too.

HCB News: What are the top concerns of AHRA members today?
BA: I think getting information about appropriate use criteria is a huge thing going on right now. All the legislation and changes with Medicare and Medicaid and what they're going to accept and what they're not are among our biggest challenges.
1(current)
2
3
4