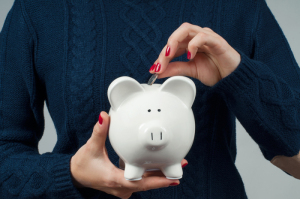 Breast cancer is the second-most common cancer among women in the United States.

One area of increased focus is improving technology to increase the accuracy of diagnosing cancer in women with dense breasts. Manufacturers have turned to developing artificial intelligence (AI)-based software for consistency, improved image quality, and detection of lesions in dense tissue. With the added promise of improving workflow, AI is projected to grow to a $2 billion market by 2023.

Screening is the key to early detection. In 2002, there were 10 million mammography screening procedures performed in the U.S. Now the number has grown to approximately 37 million per year, performed in more than 10,000 certified screening centers in the U.S. This rapid increase is primarily due to a combination of increased payment levels for digital mammography, legislative initiatives, and guidelines that lower the recommended age of screening for certain patients.

The downside of mammography is that it can produce both false positives and negatives. Of the 37 million screening procedures performed each year, 10% of patients will require a follow-up diagnostic screening, ultrasound, or biopsy to rule out cancer. This can add to the cost of the procedure as well as place undue stress on the patient. On the other side, about 20% of mammograms produce false negatives. A missed lesion can lead to a delay in treatment, which can impact the patient prognosis. Patients most at risk are younger women with dense breast tissue.

Using technology to assist physicians in diagnosing breast cancer is not new. CAD systems first entered the market in 1998 (Hologic’s R2 ImageChecker) in a drive to help improve the diagnosis rate for mammography. The technology is based on using image recognition of preprogrammed patterns that indicate possible diseases such as cancer. This had its limitations, resulting in unnecessary follow-up procedures or missed cancers. Artificial intelligence (AI) first appeared in the 1950s in academic settings. In the late 1990s it entered the healthcare and data mining markets. AI has the ability learn new patterns of cancers on its own (unsupervised learning) from what it has experienced over time. Because of this, the effectiveness of AI will continue to improve with use over time.
1(current)
2
3

Servicing imaging technology in 2020 and beyond

COVID-19’s impact on the mammography market