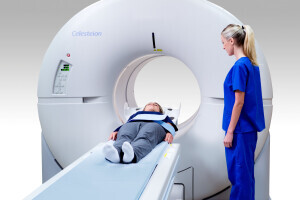 Innovations in the PET and SPECT market continue to focus on increased sensitivity in scanners to better diagnose smaller lesions, while shortening exam times and decreasing radiation dose.

At the same time, software companies are assisting clinicians by quantifying information to make more patient-specific interpretations. On the preclinical side, manufacturers are working with researchers to develop the even more sensitive scanners of the future.

Here’s a guide to what’s new in the space, and what to look out for in the next several years.

Canon Medical Systems
Canon recently announced upgrades to its Celesteion PET/CT system, which has an 88-centimeter PET bore and 90-centimeter CT bore that are designed to improve image quality and workflow, and lower radiation dose.

The improvements include a feature called Variable Bed Time (vBT), which allows clinicians to control the timing of each acquisition per bed position.

“This opens up the possibility to do cardiac PET,” Nicholson said. 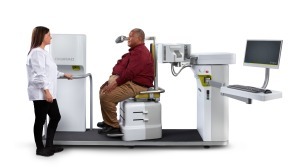 Along with a rapid imaging detector geometry and a 3D-OSEM reconstruction algorithm, the system includes a feature called TruACQ Count Based Imaging that tells the technologist how long to image a patient based on the counts per second coming from the patient’s heart, maximizing image quality and reducing radiation dose.
1(current)
2
3
4
5
6
7
8
9