The evolution of the medical physicist

The evolution of the medical physicist 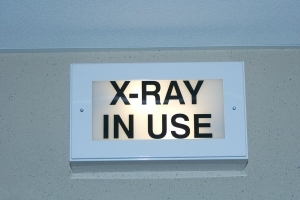 Medical applications of ionizing radiation have proliferated since their discovery in 1895, and adoption has significantly accelerated since 1980; tolerance of their harms to patients and staff has not.

The medical physicist’s role is to bridge this gap by protecting patient and staff safety while ensuring the optimal functioning of all medical technologies that use radiation.

The scope of the medical physicist’s job has expanded immensely, prompting increased sub-specialization across the field. Drawing on several decades of experience as a practicing medical physicist, I’m writing to tease out the implications of some of these changes. This series of columns will explain the technological developments, regulatory responses, and broader trends and controversies that have shaped medical physics over the past four decades.

This first column gives an overview of those changes before voicing a pressing question for the field: how do we balance medical physicists’ need for lengthy, specialized education and training with the shortage of these professionals looming on the horizon?

Technological and regulatory change
Prior to the 1980s, radiation was used in two places in the hospital: diagnostic radiology (mostly X-ray and fluoroscopy), and radiation oncology. In radiation oncology, one of the earlier, then-cutting-edge treatments was delivered by cobalt teletherapy units, a version of external beam radiation. By today's standards, this version of the therapy would be viewed as archaic, with unacceptable risks.

Tremendous advances in technology took place over the next two decades. Godfrey Hounsfield and Allan MacLeod Cormack were awarded the Nobel Prize in Medicine in 1979 for their work on X-ray computed tomography, or CT, which outpaced existing modalities and enabled a wholly new perspective on the body. The advent of the CT scanner constituted an explosive advance in the power, utility, and potential harms of diagnostic radiology.
1(current)
2