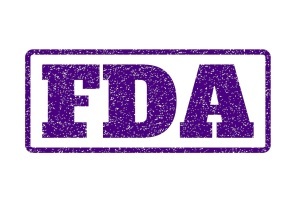 Shortly after FDA Commissioner Scott Gottlieb announced his resignation, Kaiser Health News dropped a bombshell story about non-publicly-accessible “exemptions” reports for devices like surgical staplers – and then the agency appeared to acknowledge the scope of the issue in an FDA stapler-related action announcement.

The gist of the KHN story centers on “exemptions reporting” for devices, and goes into some detail about the injuries and the legal ramifications that have occurred with some. The report highlights cases involving surgical staplers, pelvic mesh, the da Vinci surgical robot, the through-the-blood vessel heart valve Sapien 3, and the heart-flap-attacher MitraClip.

The exemptions allow for reporting multiple similar episodes of injuries or deaths on a single report, making it easy for a reviewer to think the report covers a single episode. Here is an example from the KHN story of one such report that aggregated over 1,300 da Vinci surgical system “initial events” into a single Manufacturer and User Facility Device Experience (MAUDE) filing.

The way it works, according to KHN, is that “under what the FDA calls the 'litigation complaint summary reporting' exemption, device makers can file a single 'injury' report. Attached to the summary, report makers add a spreadsheet that can contain thousands of reported patient injuries alleged in lawsuits.”

And that spreadsheet is hard for the public, including healthcare professionals, to get.

“More than a million reports of malfunctions or harm spanning about 15 years remain in a database accessible only to the FDA. But with the agency’s new transparency push, the public may find a public report and submit a Freedom of Information Act request to get information about incidents. A response can take up to two years,” according to the story, and FDA data crunched by KHN, it was revealed that “from 2014 through 2017, the overall number of alternative summary reports [for injury reports] filed by device makers rose from 431,000 to 481,000.”

Pittsburgh surgeon Dr. Douglas Kwazneski, who had a stapler failure during an operation, was baffled when he couldn't find similar episodes in FDA data bases, especially when colleagues shared similar experiences – resulting in a survey on reporting problems, which he published in Surgical Endoscopy. “I don’t want to sound overdramatic here, but it seemed like a cover-up,” Kwazneski told KHN.
1(current)
2