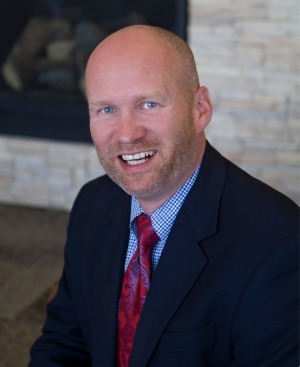 Last year, Scott Warwick was less than a year into his role as the executive director of NAPT. He arrived with in-the-field experience as a radiation therapist and a certified medical dosimetrist and leadership experience heading an oncology leadership network for Catholic Health Partners. He was introduced to NAPT during his research into proton therapy. His initial work led to NAPT creating associate memberships for organizations in the developmental stages of creating proton therapy centers. After serving on the board and later chairing the board, the executive director position became available, to which he applied and was named. HCB News checked in with him a year later, and a little more than a year-and-a-half after he started his latest chapter, to see what the latest news is with the association.

HCB News: Last year when we spoke, there were 26 operational full-services proton therapy centers operating. A number were under construction. Can you give a rundown of the current number of operational centers, expansions planned, under construction and under development?
Scott Warwick: Three new centers opened in 2018, most notably the Med/Star Georgetown University Hospital Lombardi Comprehensive Cancer Center in Washington D.C. and the Emory University Proton Therapy Center in Atlanta, Georgia. Additionally, in January, the University of Oklahoma’s Stephenson Cancer Center opened their proton therapy facility in Oklahoma City. All three of these facilities are National Cancer Institute Designated Cancer Centers (NCI-DCC). This results in 30 full-service proton therapy centers operational in the U.S. The New York Proton Therapy Center, a consortium of hospitals including Memorial Sloan-Kettering and Mount Sinai, is scheduled to open this year, along with a facility by Johns Hopkins – three additional NCI Designated Cancer Centers.

There are three existing centers that are currently expanding their facilities – Massachusetts General Hospital’s Francis Burr Proton Therapy Center, Washington University’s S. Lee Kling Center for Proton Therapy and the University of Florida Health’s Proton Therapy Institute. Currently, there are eight proton therapy centers under construction including five that are either a NCI-DCC or a member of the National Comprehensive Cancer Network (NCCN). Both of these distinctions represent cancer centers that are considered the absolute best in quality cancer care and research. Lastly, when it comes to centers under development, our research indicates that there are 16 centers currently under development, with 10 of these centers either an NCI-DCC or a member of the NCCN.
1(current)
2
3
4