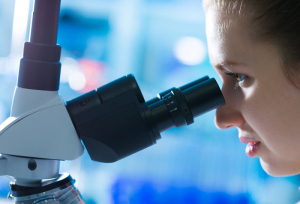 From the March 2019 issue of HealthCare Business News magazine

To better understand the history, roadblocks, benefits, and future of digital pathology, it’s helpful to look at an earlier digital transformation in radiology.

Picture archiving and communication system, or PACS, is a familiar term to all healthcare institutions that harbor radiology services. It came into vogue in the 80s, went mainstream in the 90s and allowed the storage, transmission, viewing and interpretation of digital data acquired with radiology digital imaging equipment, ranging from simple digitized chest radiographs to more sophisticated CT and MR exams.

By doing so, PACS and this digital revolution facilitated a number of advantages over analogue film X-Ray devices. A common communication protocol called DICOM (Digital Imaging and Communications in Medicine) was developed by the National Electrical Manufacturers of America and the American Society of Radiology. It allowed different device manufacturers and healthcare institutions to communicate their digital image data with each other.

Storage of this digital information is cheaper, quicker and easier to access, and space requirements were vastly reduced. That meant resources could be more effectively diverted from the darkroom, film room, reading room, and the archives toward more efficacious capital investments. Provision of an interpretive digital data set increased speed of data transmission, viewing and interpolation, improved the quality of diagnosis thus benefiting the patient, the caregivers, institutions, research, and industry, or in short, the overall patient care continuum.

Implementation of PACS is an IT-intensive process, but well understood, with most of the hurdles overcome, and it has a clear ROI. Subsequently, through the course of time, several other areas of medical imaging, such as nuclear medicine and cardiology, have been added to the DICOM communication standard.

Bringing digital advantages to pathology
Digital pathology (DP) is the common term applied to the digitization of conventionally produced fixed formalin paraffin-embedded block slides by utilizing a machine called a digital slide scanner in lieu of, or as a complement to, the microscope. The digitized image can then be viewed, manipulated, analyzed through the hospital intranet, or anywhere in the world that has internet.

The scanners come in an assortment of varieties produced by many different manufacturers, some large and familiar and some boutique. There are differing technologies, which creates various price points dependent on requirements based on volume, speed, image quality, type and size of tissue specimen, clinical, and research demands. The digital slide scanner, much like its radiology counterparts, such as the CT, MR or digital chest stand, requires varying degrees of peripheral equipment, such as digital storage media and devices (digital disk, tape, chip), a user interface (monitor, touchpad, keyboard), software (management, user and interoperability, quantitative).
1(current)
2
3
4

Philips and LabCorp partner to further the adoption of digital pathology