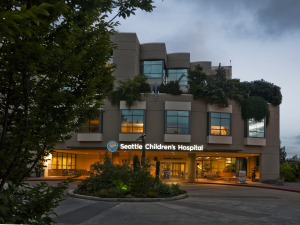 At Seattle Children's Hospital, addressing
radiation concerns is part of the job.
From the March 2019 issue of HealthCare Business News magazine

A mother brings her 5-year-old son to the emergency room because he’s been having nausea, vomiting and abdominal pain for the last 12 hours.

The boy has a fever in the ER and is quite tender in his abdomen upon physical examination. The ER doctor would like the child to undergo a CT scan because she is concerned about acute appendicitis.

Upon arrival to the radiology department the family is greeted by the CT technologist and the radiology resident on call. As the CT technologist is introducing himself to the patient, the boy’s mother pulls the resident aside and asks, “I’m kind of nervous since I’ve read about CT scans causing cancer in children. What are the chances that my son gets cancer from this CT scan?” After the resident hesitates in responding, she continues, “Be honest – am I making the best decision for my child in choosing to have this CT?”

As a pediatric radiologist, scenarios similar to this one occur a few times each month in our practice. This clinical vignette shows two perspectives of fear and uncertainty. The first, more obvious one is by the patient’s mother. Why should she be fearful of her son getting the CT scan? Well, in part, she’s right! CT scans have been linked to causing cancer, and are a major source of radiation in our society. Between 1980 and 2010 the rate of CT use doubled every two years, and CT now comprises 50 percent of radiation from medical imaging despite accounting for only a tenth of the volume of imaging studies. The number of pediatric ER visits utilizing CT has also increased, rendering it more likely than ever before that boys and girls will get one or more CT scans during childhood.

Alongside this increase in CT use is a pervasive fear of radiation within our cultural fabric. Whether it is a comic book superhero that has garnered special powers from radiation exposure, or the occasional threat of nuclear weapon construction and deployment, radiation has become a household topic that, on balance, is perceived negatively. In the last 15 years, several major news outlets have closely linked CT scans with cancer, citing sources from the medical literature. Even the medical literature has fallen victim to using provocative terms such as “threat” and “danger,” or even referring to CT scans as a “public health time bomb.” I believe that the messages regarding radiation risk are based on sound concepts, but often miss the mark on language, resulting in starkly negative connotations and undue anxiety amongst patients and their families.
1(current)
2
3
4

The future of pediatric imaging