Maybe competition is good for what 'ails' hospitals 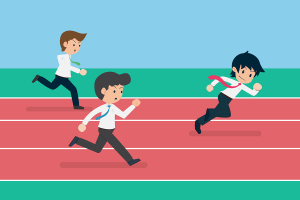 Competition in healthcare will keep you healthier – and the recent decades of hospital megamergers have concentrated the market, making it less competitive, Austin Frakt has observed in the Feb. 11 New York Times.

“For many goods and services, Americans are comfortable with the idea that competition leads to lower prices and better quality. But we often think of healthcare as different – that it somehow shouldn’t be 'market based',” noted Frakt, who is the director of the Partnered Evidence-Based Policy Resource Center at the V.A. Boston Healthcare System, associate professor with Boston University’s School of Public Health, and adjunct associate professor with the Harvard T.H. Chan School of Public Health.

This observation flies in the face of common arguments in the industry that are in favor of mergers. “By harnessing economies of scale and scope, they’ve argued, larger organizations can offer better care at lower costs,” he stated, linking to a WSJ commentary by Kenneth L. Davis, in which the author stated, in 2014, that, “decades ago, hospital mergers set off alarm bells. Some worried that they would decrease competition and raise costs. Yet thanks to cataclysmic changes in the delivery of healthcare, hospital mergers now offer the potential for higher quality and more efficiency.”

According to Frakt, what the market research in healthcare really shows is that regardless of whether the industry is nationalized, as in the U.K., or not, “competition is a valuable tool that can drive healthcare toward greater value.”

His point is underscored by a number of studies, including the work on consolidation of Carnegie Mellon University economist Martin Gaynor, who, he noted, has stated that, “evidence from three decades of hospital mergers does not support the claim that consolidation improves quality.”

In fact, hospital consolidation even hurts care quality in markets in which prices are set by the government, like in the U.K.

Gaynor looked at the impact, for example, of the National Health Service policy that required that before getting hospital care patients got five hospital options – and quality data on each. The results showed that, “when prices are set by the government, hospitals don’t compete on price; they compete on quality,” Gaynor noted, according to Frakt.
1(current)
2
3