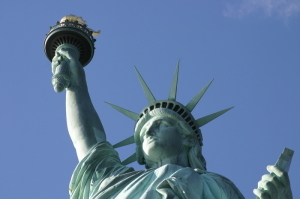 New York Mayor Bill de Blasio says he has a plan to bring healthcare to all New York City residents.

I have lived in New York City since 1977. I have seen blackouts, newspaper strikes, Broadway strikes, writer strikes, sanitation strikes and even transportation strikes but for me, this is surprising.

According to local news stations, it is estimated that 600,000 people currently without health insurance, will be covered. And this applies to residents as well as undocumented immigrants.

I don't know how we are going to pay for this, but I have a suspicion that part of this will be my responsibility.

There is tremendous demand on emergency rooms by people who are otherwise uninsured. Probably costs even more.

I am not sure what our city/state legislators will have to say about all of this, but you have to agree it is a gutsy move.