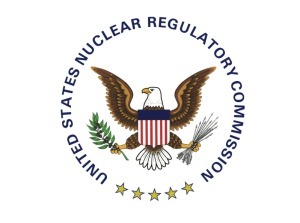 “The NRC has abdicated its role as a protection agency for patients. Its policy in the past and current rulemaking considerations have been overreaching the commission’s purview and defeat the very purpose of its existence, which is protecting public health and safety!”

So stated a recent editorial by Dr. Aria Razmaria and Dr. Jeremie Calais of the Ahmanson Translational Theranostics Division, Department of Molecular and Medical Pharmacology, David Geffen School of Medicine at UCLA, and Journal of Nuclear Medicine editor-in-chief Dr. Johannes Czernin. The opinion piece was presented as the views of the authors alone and not of any organizations they work with.

At issue is the push by the NRC to ease training requirements for authorized users, which would increase the number of people allowed to provide radionuclide therapy.

Why would the Nuclear Regulatory Commission (NRC) consider easing requirements? According to the authors it is due to “a presumed future shortage of authorized users,” stemming from the present alternate pathway requirements of 700 hours of training and experience – about 4 months of training.

The NRC has now asked for comments on the issue, with an ending deadline of January 29, 2019.

The authors asked, “who has an interest in further diluting requirements for practicing therapeutic nuclear medicine and theranostics? Here is a simple suggestion: follow the money.”

Pointing a finger at the radiopharmaceutical industry, they argued that the emerging potential of targeted radionuclide therapies will generate large revenue streams, and that more authorized users would likely mean more therapy and more money. “This is how markets work. This is not a bad thing as long as it does not compromise quality of care and patient safety," they wrote.

The money trail, argued the authors, leads to the NRC as well, which supports itself with user fees. “As a consequence,” they stated, “there is a direct incentive for the NRC to issue as many authorized user licenses as possible – this is, in our view, a perfect example of a conflict of interest that cannot be managed.”

The premise that there is a bottleneck created by present training requirements is, itself, not supported by data, they advised.